Commentary: So many sacrificed so much for your right to vote 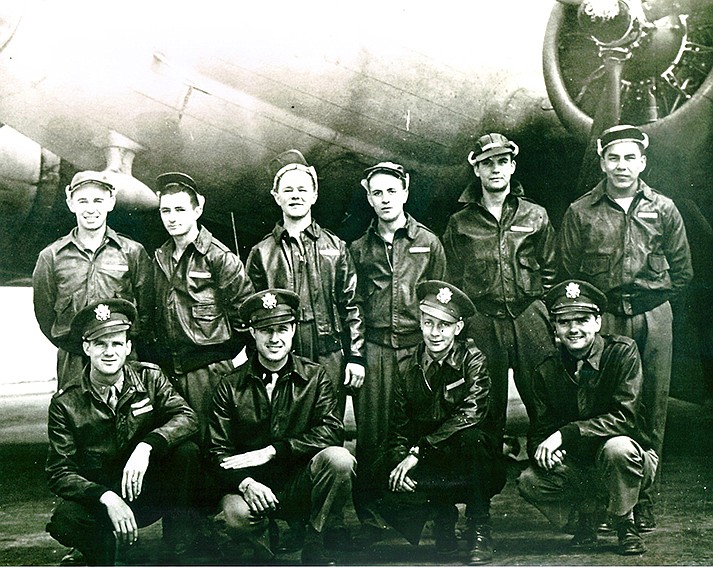 In 1943, my father, Milton Keck was 17 years old. His mom, my grandmother, signed a waiver for him to enlist in the Army Air Corps. He was assigned to the 8th Air Force, Bomb Group 385. After training, he was assigned to be a waist gunner on several B-17 Flying Fortresses. Sometimes the right waist, sometimes the left, but always the open-air gun in the middle of the ship.

His first mission was a bombing run on Christmas Eve, 1943 on a B-17 named Night Mare. The target was a V-1 rocket site in Germany. I know nothing of the success of this sortie, other than the fact that Dad made it back intact to fly 24 other missions.

On his 25th mission on April 26, 1944, dad was aboard the plane Pride of the Yanks, manning the gun on the right side. The target was Brunswick. I do not know whether the target was hit or not, but I do know that this B-17 did not make it home to England. Hit by antiaircraft fire and/or German fighters, the plane crashed. Two crew members were killed before they had a chance to bail out: the co-pilot Charles Avona, and the left waist gunner Chas Williams. The other eight members, including the young Milt Keck, all were able to parachute out, where they were captured and sent to a POW camp for fliers, Stalag Luft 17. My dad spent the duration of World War II there. So, Milt Keck was a true war hero; a true patriot. When he passed away in 1980 at the too-young age of 54, it was personally devastating to my mom and to us, his five children. But it was also a great loss to all members of the Greatest Generation.

Why do I feel the need to tell his story now? With Veterans Day, the anniversary of my dad’s death (Nov. 7) and Election Day (Nov. 8) all approaching, I see the clear connection between my dad’s experience and what he was willing to risk with the shabby treatment democracy is undergoing at present. The Big Lie has undermined confidence in our envy-of-the-world system of voting, and voters have responded either by perpetuating the lie, or by choosing not to participate because they feel it won’t matter. Both responses are unacceptable, and more, shameful.

Here’s the thing: I do not believe my father (and countless other true patriots, true war heroes) sacrificed what he did, experienced the horrors of war and the privations of the prisoner of war camp simply to see the sacred gift of democracy systematically being chipped away. True, voting is your right, and you have freedom to think what you want. But if you think voting rights will always be there, and that somehow you do not owe anyone for your right to vote, you’d better think again. Your right to vote has been bought in every generation by blood, and is our true birthright. Honor it and those who sacrificed to keep it intact for so long. VOTE.

Jeffrey Keck is a resident of Clarkdale.