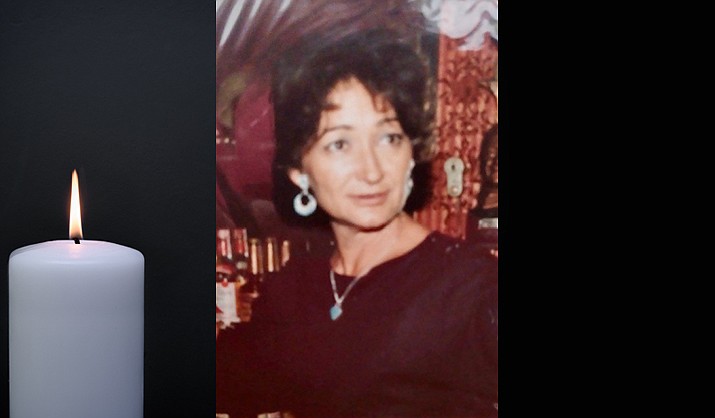 Charity Rae Moore (Ayres), 86, of Clarkdale, Arizona passed away peacefully surrounded by family on Thursday, October 27, 2022. She was born in Sugar Grove, Arkansas on March 5, 1936 to the late Joseph Warren and Minnie Hooper.

Charity attended school in Magazine, Arkansas where she was a basketball star on the Magazine Rattlers team. Charity was named after her Cherokee great-grandmother. She worked hard all her life, picking her first 100 pounds of cotton at 6 years old. She was very close to her five older siblings including Hensel Walker, Earlene Holliday, Dub Walker, Ella Mae Adams, and Gene Walker; and her younger sister, Ophie Simpson.

Life in rural Arkansas was hard after the Depression but Charity often told stories of going to a “musical” up in the holler with her brother Dub where he played the guitar. She had her first real Coke after she graduated from eighth grade. As a teenager she moved to Grant County, Oregon and helped her older sister, Earlene (Clyde) Holliday, with their logging operations and cattle ranch in John Day, Oregon. She would drive fully loaded log trucks down the mountain to the landing before she was 16 years old. Her brother-in-law Clyde would often tell her “you can do it sis”.

It was there she met and married Russell Ayres in August 1953. Four of their six children were born in Oregon including Bill, Cliff, Belinda, and Sheryl. In 1957 she moved to Arizona where Pat and Georgia were born and settled in Clarkdale in 1962 where she lived until her passing. It was also during this time that Jim and Jeri Ayres came to live with them making a family of 10.

She held the fastest track record on the Cottonwood Dirt Track in a Chris Criswell car. Charity and Russ owned and operated Charity’s Bakery and later, the Black Hills Restaurant in Clarkdale.

Charity was well known for her excellent cooking, particularly her pies, cinnamon rolls and brownies. But Charity’s most enduring quality was her unconditional love. She leaves a legacy of this unconditional love along with her strong, independent character, which made a difference in the lives of all who knew her.

In 2003 she married David Moore and together they enjoyed traveling, swimming, camping, and visits to the casino. Her grandchildren and great-grandchildren adored her, spending endless summer days with picnics in bed, playing dress-up, swimming in her back yard and biscuits and chocolate gravy.