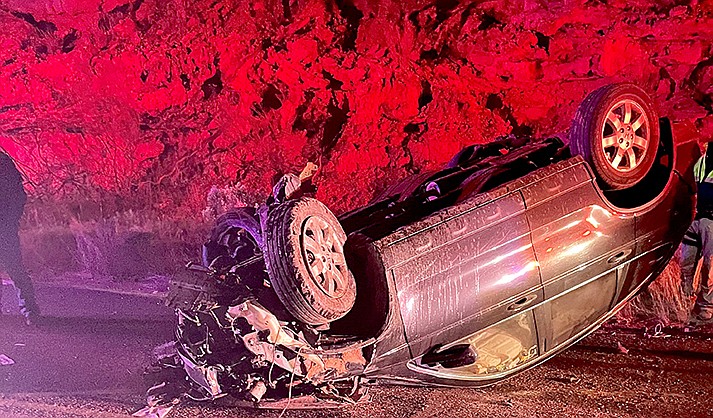 The driver of this rollover was aided by Verde Valley Fire and Verde Valley Ambulance aft the single-vehicle wreck in Clarkdale Nov. 9, 2022. (Photo courtesy VVFD)

CLARKDALE – A man had to be extricated after a single-vehicle rollover on Broadway Road Wednesday night. The car ended up on its roof after the driver apparently passed out.

The wreck was between the Tuzigoot Road and Peace Garden Path in Clarkdale around 8:30 p.m. 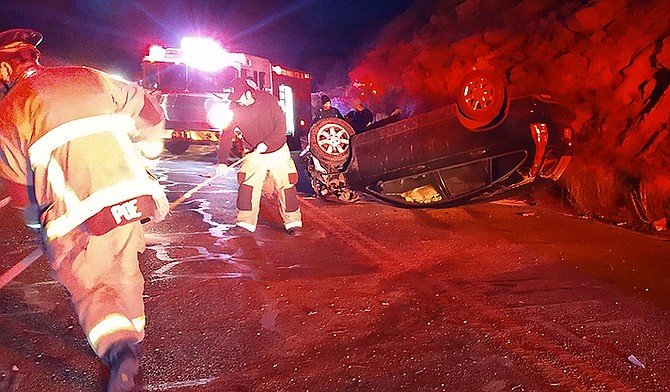 Crews clean up the area after the rollover on Broadway Road in Clarkdale Nov. 9, 2022. (Photo courtesy of Clarkdale Police)

According to Clarkdale Police, the 37-year-old driver had moderate but not life-threatening injuries from the crash. He reported he had been driving south on Broadway “when he experience a loss of consciousness, causing his car to drift across the lane, strike the rocks along the road and roll over.”

Drug or alcohol impairment is not suspected in this case, according to police.

Drugs or alcohol are not suspected to be a factor in this accident.

Besides Clarkdale Police, VVFD and VV Ambulance, officers from Jerome Police and Cottonwood Police responded to the scene.