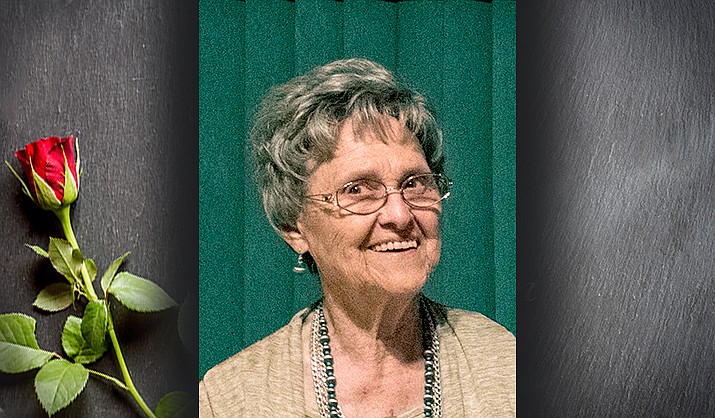 Shirley A. Bradley, age 96, passed away peacefully at her home in Cottonwood, Arizona on October 28, 2022, after a courageous 2-½-year battle with dementia.

She was born on September 6, 1926, in Gallup, New Mexico to her loving parents, Winifred A. Aldrich and Allen Gorton Aldrich, joining her brother Allen R. Aldrich.


The family lived in Gallup until Shirley was 11 when they moved to Phoenix, then to Holbrook, Arizona in 1940 where she graduated from high school. Shirley met Gene Bradley who had previously graduated from Holbrook High School and was on leave from active duty in the Navy Seabees during WWII. They married in 1948 and raised three children and enjoyed many years in Holbrook surrounded by family and friends. Gene and Shirley moved to Cottonwood in 2000 for health reasons and Gene passed away in 2013 after a long battle with COPD.

Interment was November 5th in the Holbrook cemetery with family members present. A memorial is planned, date to be determined.