Several banks and their customers were victimized by the scam.

“The total amount defrauded in Yavapai County (Cottonwood and Prescott Valley) was over $120,000,” Sinn said.

Detectives in the Criminal Investigation Unit determined the fraudulent acts were being committed by a criminal syndicate made up of multiple male subjects and involved additional financial institutions throughout the state, he said.

Sinn referred to the suspects as a criminal syndicate and said they used several devices.

“A device to record the PIN numbers being entered and a device connected to the card insert,” the sergeant told The Verde Independent.

Police responded to the complaints between Nov. 5 and Nov. 7, he said.

“Due to the criminal conduct having occurred in multiple jurisdictions, Criminal Investigation Unit personnel have coordinated efforts with other local, state, and federal agencies to continue furthering the investigation, which is still ongoing,” he said in a statement.

The rest of the banks were located in the Phoenix metropolitan area, he said.

One Cottonwood resident said he received a text from the OneAZ Credit Union and was asked if he was withdrawing $500 from his own account, and responded STOP. “But it was too late,” he said, and the money was already withdrawn.

He went to his own bank, Credit Union West, to straighten it out, and there was a line of people doing the same thing, he said.

The victim got his $500 back and a letter from the credit union, but he said he was still upset.

“How dare the person get into my account. It’s wrong.” 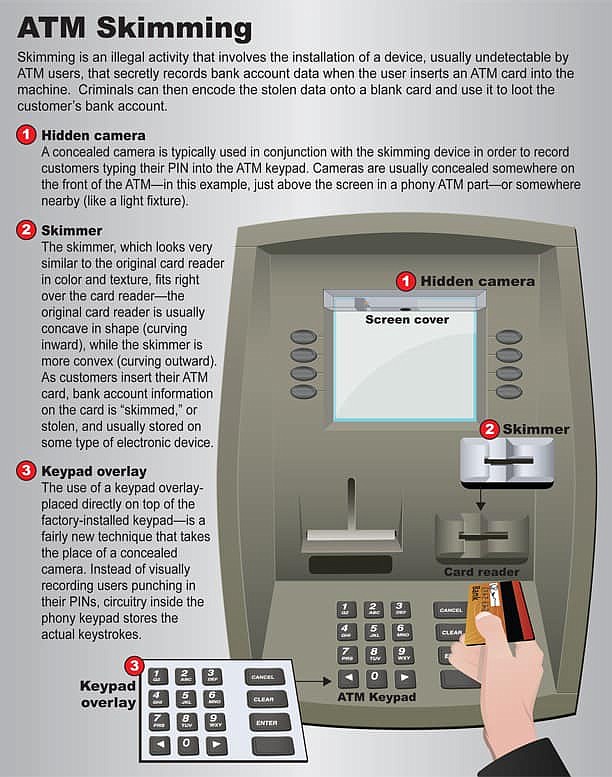