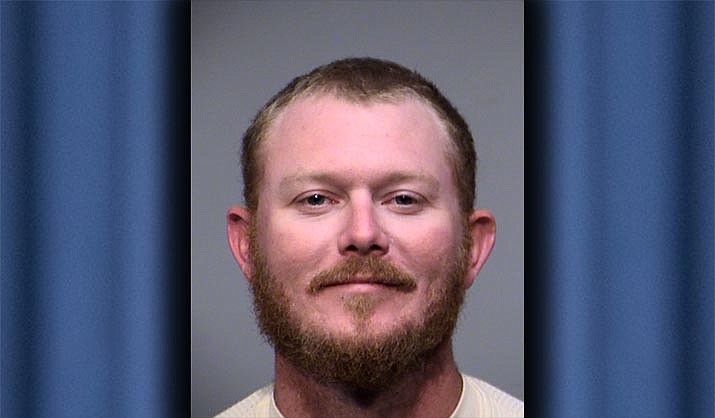 CORDES LAKES - A woman who walked over to her neighbor's house to tell him his dog was loose ended up getting shot, leading to a standoff with a SWAT team.

According to Yavapai County Sheriff's Office, Joshua Johnson, 31, shot the woman in the neck and then forcefully kept his wife and child barricaded in his home as law enforcement arrived.

Deputies were called to the residence on Marble Canyon Way Nov. 12 around 1:15 p.m.

The original victim, whose age was given as 43, was able to duck behind a large tree-trimming truck with help from other neighbors as Johnson returned to his home.

There, according to YCSO, he shot at his wife and then prevented her from escaping with their 18-month-old child.

One deputy transported the wounded neighbor to a community center, from which she was flow to a Deer Valley hospital. The other deputy and a DPS state trooper held a perimeter as the YCSO SWAT team arrived and took over the scene.

With the family barricaded in the home, the 911 dispatcher was on the phone with Johnson, talking him down until he agreed to surrender.

According to YCSO, Johnson admitted to the allegations and said he was "getting the devil out" of both victims.

The neighbor was released from the hospital that evening.