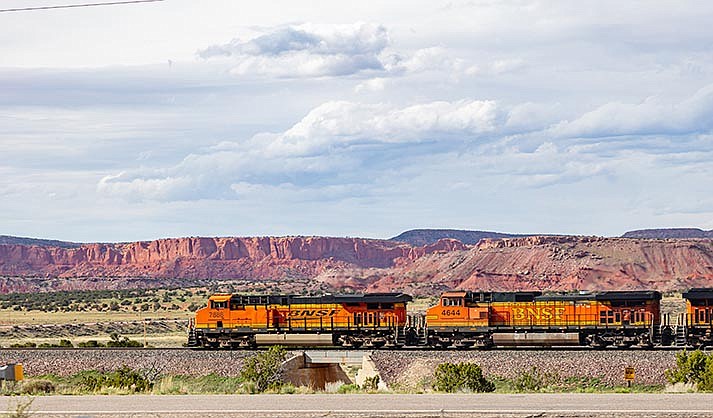 A BNSF train similar to this one collided with a Jeep that was on the tracks near Bellemont, resulting in the death of two people in the vehicle. (Adobe/Rawf8/stock)

BELLEMONT - Two people reportedly died late Tuesday night when the vehicle they were in traveled into the path of a BNSF train.

Coconino County Sheriff's Office reported a 2007 Jeep Patriot with two passengers was struck by the train in an area east of Bellemont along Interstate 40. CCSO noted there was no crossing at the location where the Jeep was on the tracks.

BNSF reported the collision Nov. 15 around 11:30 p.m. Trains were shut down for six hours during the initial investigation.

Both people in the Jeep were declared deceased by responding medical personnel.

"The Jeep was not at a railroad crossing and appeared to have been driving off road at the time of the accident," CCSO reported Wednesday.

The victims’ names are not being released until all family members have been notified.