Blues, Boogie and Beyond 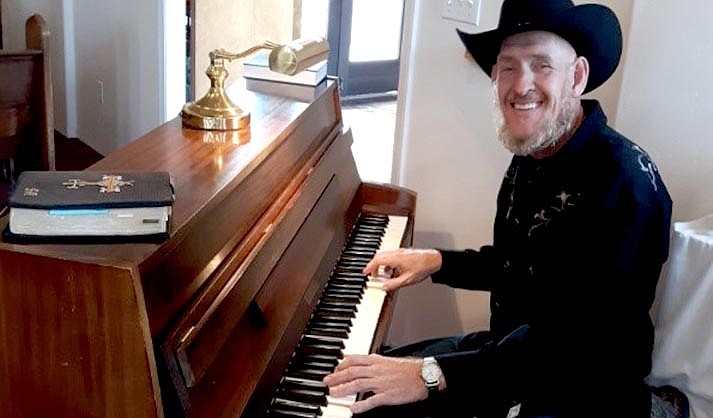 Eric Williams is the music director at St. Thomas as well as the band leader at the Blazin’ M Ranch.

St. Thomas Episcopal Church at 889 First South St in Clarkdale, hosts the Blues, Boogie and Beyond, a free community concert on Nov. 20 at 12:30 p.m.

The concert will feature two well-known local musicians, Eric Williams and Dale Caddell. Refreshments will be provided following the concert.

Eric Williams is the music director at St. Thomas as well as the band leader at the Blazin’ M Ranch. Eric also plays at several venues in Sedona where he has lived for 25 years. 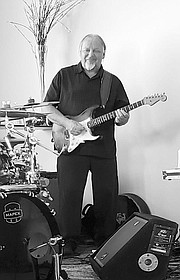 Dale Caddell is a well-known musician in Northern Arizona.

Williams has been playing music professionally for 35 years. He plays several instruments and he sings too. Eric is a well-rounded musician, playing anything from classical music to rock and roll. He loves music of the 1930s and 1940s and enjoys playing rhythm and blues from the 1950s and 1960s but Eric says he very much enjoys getting requests from the audience.

“I started playing piano by ear when I was 11,” Williams said. “At that time I was infatuated with the classic ragtime of Scott Joplin. Through high school I learned to read and write music and progressed into blues, jazz, and boogie-woogie, often writing arrangements for the school big band and jazz combos.

“I earned a bachelor’s degree at Slippery Rock University and a Masters of Music Degree at Youngstown State University. During those years I played classical piano and guitar and added sax, vocals and several other instruments to my arsenal. (Even tuba, but don’t tell anybody).”

Williams has recorded four CDs and a DVD of one of his live performances. They feature a variety of songs from blues to Bach.

At the Nov. 20 concert, Eric will be playing piano, saxophone, Dobro, harmonica, clarinet, mandolin and upright bass. Joining Eric on a few musical selections will be his friend and fellow musician, guitarist Dale Caddell.

Caddell is a well-known musician in Northern Arizona. Dale began playing guitar at age 12. He is an accomplished musician who was the lead guitarist for the well-known band in Flagstaff, Limbs Akimbo. Currently, Dale plays lead guitar in two very popular local bands, Toucan Eddy and Menagerie.

There will be no admission fee. Donations are gratefully accepted.