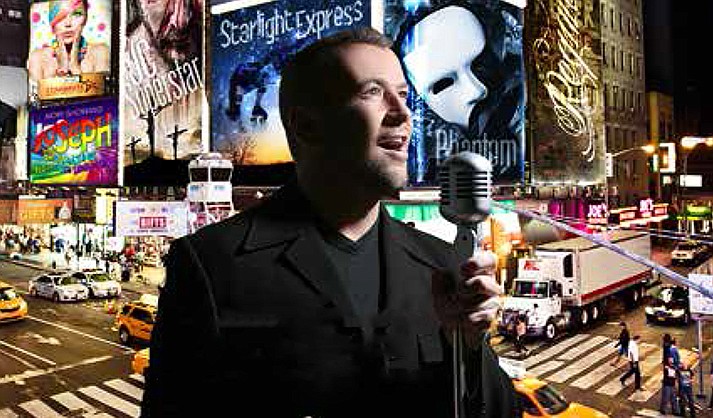 Performances from Phantom of the Opera, Les Miserables and other Broadway gems from Grammy winner Terry Barber

The evening will feature a spectacular concert and tribute to Broadway by Grammy Award-winning countertenor and world-renowned performer Terry Barber.

Kick off the evening reception with “A Taste of the Verde Valley” featuring fine wines from local vineyards. The tasting will be a prelude to a sumptuous four-course seasonal dinner prepared by Enchantment Resort.

And then, on to the main event: A Broadway Holiday & More! The Best of Terry Barber.

Barber — a former member of the two-time Grammy Award-winning group “Chanticleer” — sings songs that we all know and love from Broadway’s most famous shows. Standing ovations punctuate this evening of musical gems. Terry’s program has something for everyone including his favorites from his international tours. Selections from “Phantom of the Opera”, “Jesus Christ Superstar”, “Les Miserables”, “Hamilton” and many more, along with international hits like “Hallelujah” and “La Vie En Rose” will kick off the holidays Broadway-style!

Barber sings in 14 different languages and has performed worldwide. He’s one of 50 countertenors preforming professionally in the world. Barber has performed for the Metropolitan Opera, at Carnegie Hall and Moscow’s Svetlanov Hall just to name a few. His voice can be heard on every major record label with a variety of artists from Madonna to the London Philharmonic.

Throw in a live auction (themed to titles of famous, Tony-award winning Broadway musicals), raffle, and dinner by one of Sedona’s finest restaurants and you have the makings of a very special evening of seasonal fun and festivities.

Experience Broadway style, a renowned international performer and celebrate 29 years of the Sedona International Film Festival in the unmatched ambiance of the Enchantment Resort.

In the spirit of the evening, “A Broadway Holiday” is a sparkling and dazzling gala — evening attire is encouraged.

“A Taste of the Verde Valley” wine-tasting reception begins at 5 p.m. Dinner and the evening’s festivities will follow.

Space is limited for this very special event on Saturday, Nov. 19. Tickets for “A Broadway Holiday” are $165 per person, or $155 for Film Festival members. Tables of 10 are available. Call the Sedona International Film Festival at 928-282-1177 for tickets and more information. You may also visit SedonaFilmFestival.org .