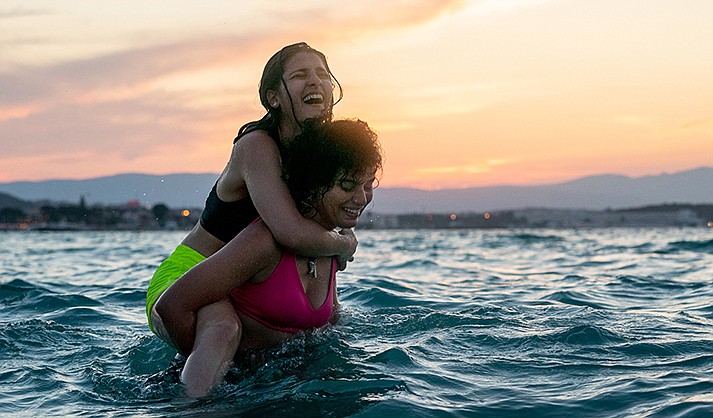 Based on a true story, ‘The Swimmers’ follows the journey from war-torn Syria to the 2016 Rio Olympics. Two young sisters embark on a harrowing journey as refugees, putting both their hearts and champion swimming skills to heroic use.

Sisters Yusra and Sarah Mardini fled their home country of Syria in 2015 when their house was destroyed during the civil war. They journeyed to Lebanon and then onto Turkey where they arranged to be smuggled into Greece on a dinghy.

However, the refugees were in the middle of the Aegean Sea when the engine of the overcrowded dinghy cut out and the pair, plus two others who could swim, were responsible for saving the lives of those on board.

Just a year after their harrowing experience Yusra competed in two swimming events at the Rio Olympics as part of the Refugee Olympic team.