Masks and proof of vaccination required for Sunday matinees only 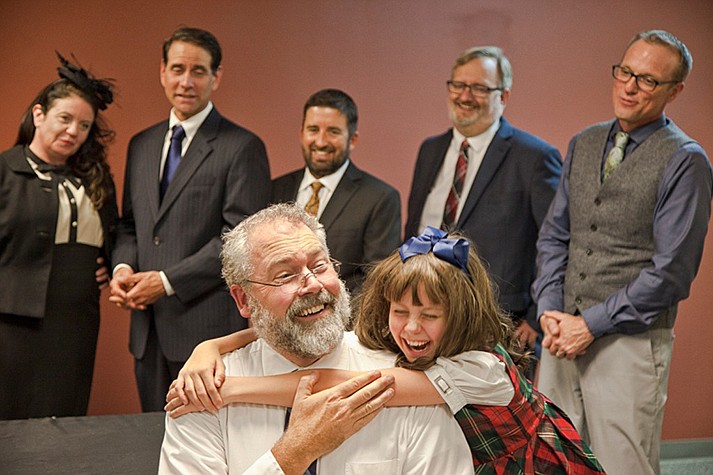 Theatrikos, founded in 1972, concludes the 50th anniversary season with one of the most popular Christmas shows of all time.

Theatrikos surveyed Northern Arizona audiences and asked, of all the shows we’ve done over the past 50 years, which shows they most want to see again. “Miracle on 34th Street” came in near the top of the list. You ask and we deliver. This last show of Theatrikos’ 50th anniversary season opens the day after Thanksgiving, Nov. 25, and runs through Dec. 18, 2022.

When a nice old man who claims to be Santa Claus is institutionalized as insane, a young lawyer defends him by arguing in court that he is the real thing—thus exemplifying the true magic of the season—the true “Miracle on 34th Street.”

Thirty-two actors bring the show to life in every performance.

“’Miracle on 34th Street’ embraces the spirit of Christmas by having us confront the figure that for most people represents Christmas — Kris Kringle or Santa Claus. For many of us as adults we’ve left behind our childish beliefs and Kris Krinkle causes us to have to question: What do we believe in?,” said director Joe Maniglia.

“It’s been very fun to see all the different ages interacting. Kids bring their energy to the show. Adults bring their experience. And yet we all can learn from each other especially in this show.”

“’Miracle on 34th Street’ embraces the spirit of Christmas by showcasing that the spirit and magic of Christmas is in believing,” said actor Ricky Conway. “This will be the second holiday show in which I’ve participated, and I really enjoy helping to spread Christmas cheer to the community and working with a large, diverse cast.”

Except on Sunday matinees, we are following Broadway League’s example and are strongly encouraging masks—but not requiring masks. On Sunday matinees, both masks and proof of vaccination are required. Concessions are open, except on Sundays. “With each show, our covid safety protocols relax a little bit more. But as a public gathering place, we’re still not out of this yet. And safety is always our highest priority,” said Theatrikos executive director Chris Verrill.

Performances of Miracle on 34th Street are at Theatrikos, Nov. 25 to Dec. 18, Fridays and Saturdays at 7:30 p.m. and Sundays at 2 p.m. There’s a reception on opening night. The new parking lot is available for patrons at the northeast corner of Cherry and Leroux. Tickets can be purchased online at theatrikos.com, by calling 928-774-1662, or by visiting the theatre’s box office, which is open from noon to 6 p.m. Mondays, Wednesdays, and Fridays and two hours prior to each performance.

For 50 years, Theatrikos Theatre Company, an award-winning non-profit theatre embracing the spirit of Broadway, has been one of Northern Arizona’s leading arts organizations. Located in the Doris Harper-White Playhouse, at 11 W Cherry Ave in historic downtown Flagstaff, the theatre proudly offers nearly 70 performances of musicals and plays annually.