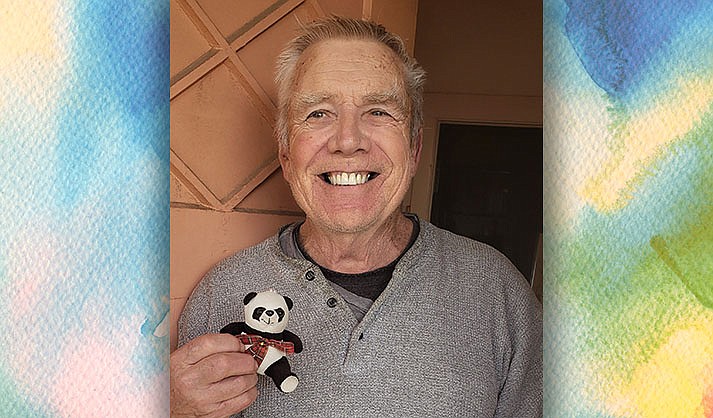 
A 46-year resident of Clarkdale, Arizona, Dave, through his extraordinary talent, built a reputation as an artist and photographer. His art was featured on the cover and inside Arizona Highways magazine, as well as inside the publication Southwest Art Magazine.

Dave was chosen to create the official state gift from Arizona for the Nixon inauguration. His trompe l’oeil chalk “trick the eye” pastel drawing, “Portrait of Alchise,” currently resides in the Nixon presidential library. Many of his other works are in private collections.

Dave was known throughout the Verde Valley as the expert at Art’s Shutterbug. Later in life, Dave was one of the original artists of Made In Clarkdale, which is now the popular annual Made In Clarkdale Art Show. Many pieces of his work will be displayed at this year’s show.


Retired, he lived a quiet life on Clarkdale’s Main Street with Sam, gardening and raising their dogs and taking walks in the Clarkdale Memorial Park. He was known for his kindness to everyone he met and their four-legged friends, his quick-wit, deep Christian faith, and intelligent conversation.


Dave is survived by his beloved cousin LouAnn and sister Janet.

A memorial gathering (including dogs!) will be held in the Clarkdale Memorial Park on Sunday November 27 at 2 p.m.

In lieu of giving flowers, we ask that those who are able instead make a donation to the Verde Valley Animal Shelter.