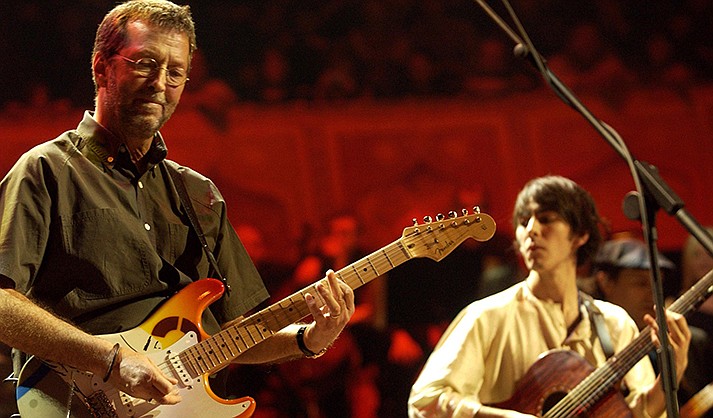 The Sedona International Film Festival joins cinemas around the globe for a worldwide theatrical event “Concert for George” showing Tuesday, Nov. 29, at 4 and 7 p.m. at the Mary D. Fisher Theatre.

“Concert for George” captures stunning renditions of some of the most significant music of the 20th century, including “While My Guitar Gently Weeps” (featuring Clapton on guitar, McCartney on piano and Starr on drums), “Taxman” (performed by Tom Petty and the Heartbreakers) and “The Inner Light” (covered by Jeff Lynne and Anoushka Shankar). Lynne, Harrison’s longtime friend and collaborator, produced the audio elements of the concert, while Clapton oversaw the entire proceedings as Musical Director.

“Concert for George” will show at the Mary D. Fisher Theatre on Tuesday, Nov. 29 at 4 and 7 p.m. Tickets are $15 general admission or $13 for Film Festival members. For tickets and more information, please call 928-282-1177. Both the theatre and film festival office are located at 2030 W. Hwy. 89A, in West Sedona. For more information, visit SedonaFilmFestival.org.