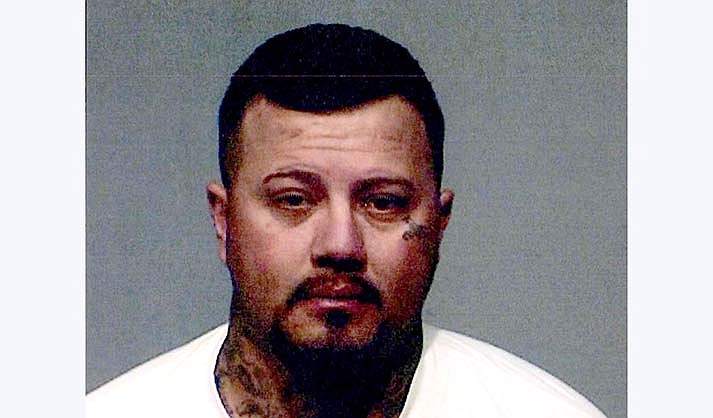 CAMP VRDE – Officers from the Cottonwood Police Department and Verde Valley SWAT served a warrant at a home in Camp Verde Wednesday, Nov. 30, resulting in the arrest of a man accused of at least two assaults.

Michael Wayne Dunegan, 34, was located at the house on Hance Street and taken into custody, according to CPD.

The police said they had been investigating “several assaults involving Dunegan” since mid-September. One of those alleged attacks that started at a bar caused serious injuries to a woman, who was kicked off a motorcycle on Main Street in Cottonwood.

The woman was one of two occupants of the motorcycle, which lost control and crashed.

“The victims on the motorcycle sustained injuries during the collision, along with additional injuries from the assault,” CPD spokesman Chad Sinn said in a news release.

With the pair surrounded by Dunegan and three juveniles, the male motorcyclist drew a gun on the alleged perpetrators.

“The victim gave verbal commands to Dunegan to back off and ultimately the victim fired multiple rounds from his handgun in self-defense,” Sinn reported. “The rounds were fired into the ground and the front fender of Dunegan’s motorcycle.”

Dunegan and the three others left, but police said they identified all four. The juveniles were located and arrested. Investigators then obtained a search warrant for the Hance Street house, according to CPD.

Sinn said Dunegan was booked into the Yavapai County Jail on multiple felony and misdemeanor charges, including assault, participating in or assisting a criminal street gang, disorderly conduct, trespassing and false reporting.