Dine In, Dine Out: Peddlers a new and exciting restaurant at VOCA clubhouse 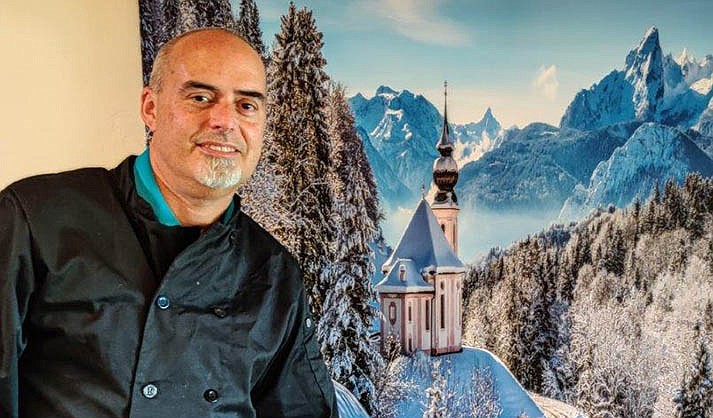 Word got out that Peddlers served a cod/catfish fry in the dining room on Friday night. The judgment was “gute” (quality). Then word got out about Saturday night being prime rib night. It was also “gute.” Now, under the guidance of owners Von and Shanah Nelson, Peddlers at 690 Bell Rock Blvd. (Oak Creek Country Club) has expanded its German-themed menu to offer breakfast, lunch, Sunday brunch, and dinner (Thursday, Friday, Saturday ) mainly for the residents of the VOC and their guests. Yes, us! There is always a 10% local discount and only on Thursday night at 5:00, a 20% discount for locals! 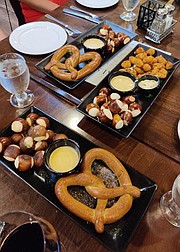 There hasn’t been a restaurant in the club house for years. Why the German theme? It’s a nice addition to the existing restaurants in the VOC. It’s also the heritage of the proprietor.

And how does any proprietor start from nearly zero to develop and spread the news about a quality restaurant? It takes cooperation and talent and a lot of hard work. The cooperation comes from the VOCA board and its belief in Von Nelson.

Born in Pascagoula, Mississippi, Von’s first job was on a shrimp boat, just like Forrest Gump. He moved on to cooking in Florida at one of the Darden Company’s franchises. You probably have eaten at many of the company’s 1,850 casual dining restaurants, such as Olive Garden, Applebee’s, Cracker Barrel, and Fuddruckers. That is where Von took on the attitude that “serving others is the heart of the business.”

He has as “Passion for people, wants to make people happy, loves to cook and entertain.” Von has been in the hospitality industry for 37 years, many of them as corporate trainer and as director of human resources. 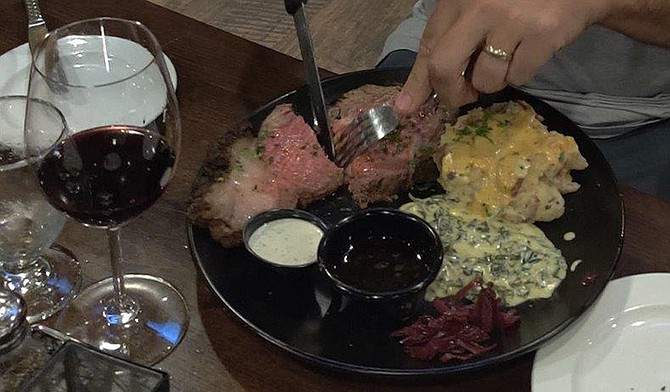 Von moved to the VOC four years ago with his wife Shanah, who is a nurse practitioner. He has brought many of his family (four children, four grandchildren) into the Peddlers’ business, while he pursues his PhD in psychology. Son Lawson oversees hospitality; daughter Ashlynne manages the establishment and son Dilan oversees the kitchen.

Von presently is on the VOCA board and can’t speak more highly about the relationship of VOCA and the rental of the restaurant. The new flooring, chairs and some kitchen equipment have been provided through VOCA while the decor is in Von’s bailiwick.

The lively Biergarten is on the golf course level. The Haus upstairs is more sedate. All locations offer breakfast, lunch and dinner. Staffing is building up and as that happens, menu items and services are being added. There is an outdoor BBQ and music in the Biergarten and buffet items (think Bloody Mary and Mimosa bar) in the Haus.

All the areas of the clubhouse where food might be served are open to the public. Weddings and family gatherings are already being booked. The small room rents for $50/hour and the large room (seating 120 people) rents for $100/hour. Von is involved in the Oct. 15 Oktoberfest event at Posse Grounds but will also have something special during that time in the VOC. There will also be special events run through VOCA like golf tournaments and celebrations at Thanksgiving, Christmas, and New Year’s.

The Dunnery’s first visit to Peddlers was on a Friday. The place was crowded. We ordered the fish fry. Jeff selected catfish, one of his favorites, and thought it was very good. Suzie was pleased with the cod, the coleslaw, and dinner rolls.

A week later we celebrated the engagement of one of our grandboys at Peddlers. We let the family have “carte blanches” (not advised) with the menu. We sampled everything! From cocktails and various pretzel appetizers to spaetzle, prime rib, wine, and beer. Everything was to our liking. We went home and scanned the help wanted ads.

Seriously, check out the menu and hours at Peddlersbh.com. We think you’ll be pleased. Reservations are taken online or at 928-284-1010.

We wish Peddlers, the Nelsons and VOCA much good luck in this endeavor. And to you readers, “bei guten Gesundheit” (in good health),

Jeff and Suzie at The Dunnery.