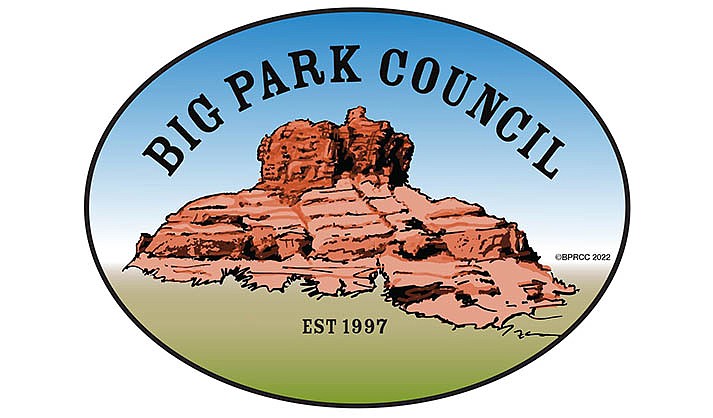 The executive board was asked to assist Las Piedras HOA in finding a solution to the infrastructure damage in the wash on their property which poses risk to the Village power grid and sewer system. See separate article for details. 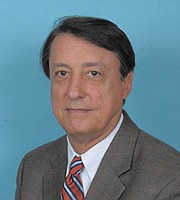 Due to short timing, an electronic vote of member organizations was conducted on the Special Use Permit for The Collective. The vote resulted in unanimous support the new special use permit as requested.

A minor change to the Bylaws was unanimously approved, adding “Big Park Council” as an optional descriptor for the Big Park Regional Coordinating Council, Inc. In a separate vote, the Council approved a new the logo featuring an original sketch of Bell Rock and the name “Big Park Council”.

Treasurer Patty Reski reported that the Bylaws require meetings to be in-person unless “impracticable.” In other words, in-person meetings must resume as COVID-19 restrictions have relaxed. After discussion, it was agreed to proceed once the treasurer confirms availability of meeting space at a regular day/time that is acceptable to the Council.

Committee member Dave Norton reported successful resolution to the siting of a new AT&T 5G tower opposite The Collective on SR179. The tower would be a 35-foot “monopine,” (pine tree-like) tower with five antennas, much less obtrusive than a previous proposal. Dave thanked Mr. Steve Olson of Bechtel Engineering for their efforts to understand community concerns and collaborate on a solution that reduced visibility from SR179 and also from Las Piedras homes. If approved by the County, construction is planned to begin early 2023.

Duane noted that while much of the line would be buried along part of the scenic stretch along Beaverhead Flat Road, only a small segment crossing Highway 179 in the Village was proposed for burial. He indicated that the Council would eventually vote on whether it was satisfied with the USFS’ final decision, or whether to appeal the decision to the USFS regional forester.

Art in the Roundabouts

Committee Co-chair Rolf Funk reported that planning was proceeding with a launch event for the project, scheduled Oct. 4 from 4:30-6 p.m. in the VOCA ballroom. The committee approved a Mission Statement, which “is to display the story of our community with inspiring art.”

Committee member Carolyn Fisher reported that the committee was still seeking candidates for president and vice-president and asked support from Council representatives.

Committee Chair Curt Schneider reported that a Star Party is planned for September 30th at the Red Rock Ranger Visitor Center, beginning at dusk. In addition, the committee is collaborating the City of Cottonwood to host future events.