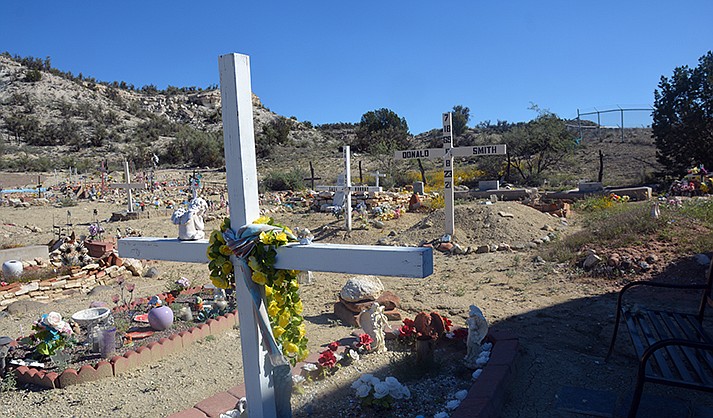 CAMP VERDE – A teenage boy who was shot Oct. 12 during a late-night incident at a local cemetery died the next day, and a girl was taken into custody.

According to the Camp Verde Marshal’s Office, one of four juveniles “had taken two rifles and ammunition from their parents’ home without permission” and the four drove to the Middle Verde Road cemetery at around 11 p.m.

CVMO stated in a Tuesday news release, the juveniles were firing into the darkness toward a water tank near the cemetery, which is at 2098 W. Middle Verde Road.

A juvenile girl “irresponsibly fired the rifle,” according to CVMO, and the bullet struck another juvenile “in the upper portion of his body.” Yavapai-Apache Police Department and CVMO responded to an emergency call at 11:16 p.m. The boy was flown to Phoenix Children’s Hospital in Phoenix, where he died Oct. 13 from the gunshot wound.

The incident occurred within the cemetery, marshals stated.

The girl who allegedly fired the fatal shot was taken into custody at 4 p.m. and transported to Yavapai County Juvenile Detention Center. CVMO said charges are “being reviewed by the Yavapai County Attorney’s Office.”

Names of those involved have not been released.