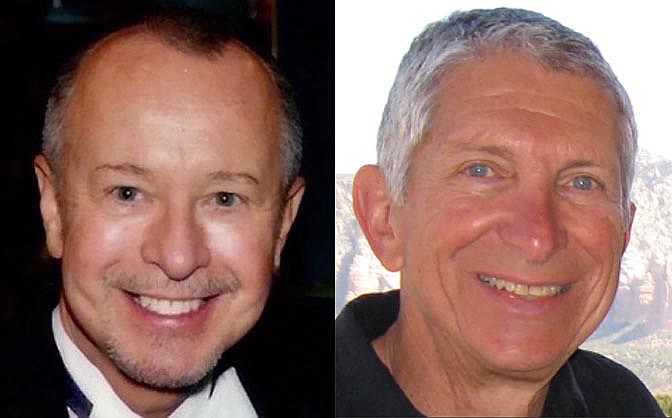 Keyboardist Jim Buchanan welcomes the return of vocalist Rosemary Chavez along with drummer Frankie Chavez and pianist Lew Turano on Sunday, Oct. 23, at 3 pm at Christ Lutheran Church in Sedona. This intimate concert will take you on a musical journey from Classical to Pop and Jazz to Broadway.

Frankie Chavez is an accomplished drummer, percussionist and educator. His performance associations include Lionel Hampton, Stan Kenton, Woody Herman, Larry Carlton, Dee Dee Bridgewater, Mitzi Gaynor and Pat Boone naming but a few that he has toured or worked with both domestically and internationally. 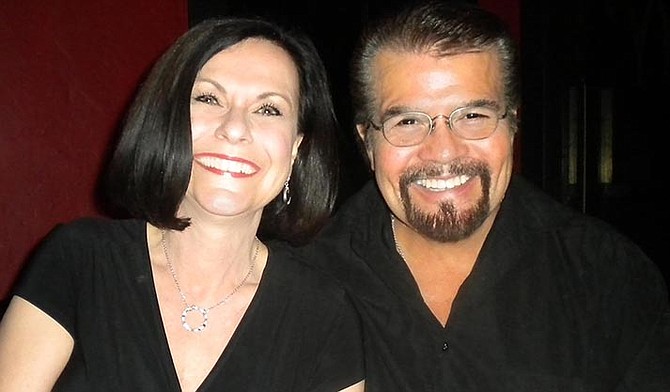 A native Californian, Frankie began playing the drums at age two and was playing professionally by the age of 11. Considered a child prodigy at 11, he toured with Lionel Hampton as a featured soloist. In high school, Frankie was instrumental in introducing Karen Carpenter, of The Carpenters, to the art of playing drums. Vocalist Rosemary Chavez brings her rich tapestry of musical performances to this concert. Rosemary earned her Bachelor of Arts degree from Luther College where she toured with world renowned choral conductor, Weston Noble. Rosemary was also chosen by award winning composer, arranger and conductor, Terrence P. Minogue, as the featured vocalist for his American Voices CD. Rosemary has recorded two CDs with her husband, Frankie: “Sweet Jazz a’la mode” and “A Sedona Christmas” which includes Rosemary’s original song “Angels All Around Us.”

At the age of 7, pianist Lew Turano, began his classical music studies. While never abandoning the piano, he returned to music after retiring from a 35-year career in business. Lew enjoys playing Jazz, standards, and pop music, but is equally at ease playing classical and chamber music. He has performed on numerous occasions with Rosemary Chavez in concert at Canyon Mesa Country Club, at private jazz salon gatherings, and at local clubs and venues here in Sedona, Prescott and Payson. Once again this year, on November 5th, Lew and Rosemary will be featured at the Jazz Concert Series in Payson. His interplay with vocalists on both the East Coast and here in the Southwest is a warm and memorable experience as his joy as an accomplished musician shines through.

Jim Buchanan has been music minister at Christ Lutheran Church for over 25 years. He has studied piano, organ, clarinet and classical guitar and pleased numerous audiences with his gifted performances on the piano and organ. He currently directs two choral groups and a handbell choir in addition to being Office Administrator. His professional affiliations include American Guild of Organists, Handbell Musicians of America, and the Association of Lutheran Church Musicians.

Jim is well known in the Sedona area having performed at many popular venues and as a featured talent in several charity benefits. He has recorded six solo piano CDs, a CD with singer/actress Lynne Wieneke, a CD entitled “Blessed Christmas Organ Meditations,” and he has headlined numerous concerts in Sedona and Phoenix. His ongoing concert series “Jim Buchanan and Friends” has been a huge success over the past 25 years and this year it continues with the extraordinary talents of Jim and some of his friends.

There will be no admission fee. Donations are gratefully accepted to compensate the musicians. For more information call: 928-282-1022 or 928-300-2117. Christ Lutheran Church is located at State Route 179 at Chapel Road.