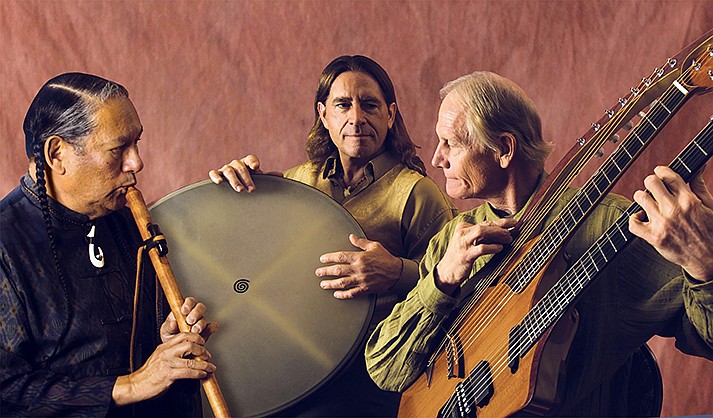 The soaring tones of R. Carlos Nakai’s flute join with William Eaton’s shimmering harp guitars and Will Clipman’s pan-global percussion, for a special CD release concert of their new recording, “Spiral Rendezvous,” at Old Town Center for the Arts, on Friday, Oct. 21 at 7 p.m. and Saturday, Oct. 22 at 7 p.m.

Over the course of their 30-year collaboration as performing and recording artists, R. Carlos Nakai, William Eaton and Will Clipman have engaged in an ever-evolving improvisational trialogue to generate their collective sound. This creative process is documented on their five studio recordings for Canyon Records: Feather, Stone & Light; Red Wind; the Grammy-nominated “In a Distant Place” (with Tibetan flutist Nawang Khechog); the Grammy-nominated “Dancing into Silence;” and the newly released “Spiral Rendezvous.”

Each musician is a singular musical force, but together, Nakai, Eaton and Clipman create “sound sculptures” that elicit synergistic efforts not found elsewhere. In the studio, and in their performance, the trio finds common ground, while creating new musical motifs that bring a convergence and rendezvous of their artistic vision and temperaments. For over three decades, Nakai, Eaton and Clipman have entertained and intrigued audiences with musical explorations/experiments generated by their eclectic collection of instruments. 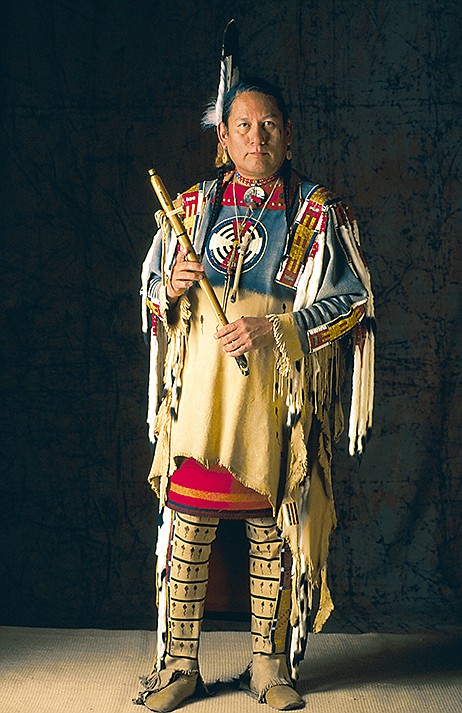 R. Carlos Nakai is the world’s premier performer and composer of the Native American flute. He has released over 40 albums on Canyon Records, including RIAA certified gold and platinum records, and has sold over 4 million albums worldwide.

Nakai has received 11 Grammy Award nominations. Recipient of a Governor’s Arts Award for Artist, Nakai introduced the traditional flute into New Age, jazz, and classical genres and authored the best-selling book, “The Art of the Native American Flute.” 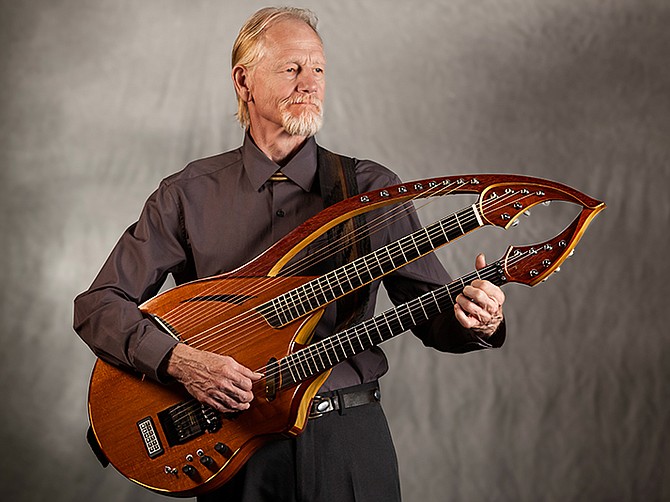 William Eaton designs and builds one-of- a-kind guitars and multi-stringed instruments and is a founder and director of the Roberto-Venn School of Luthiery in Phoenix. A four-time Grammy nominee, Eaton has recorded 17 albums with Canyon Records and has also produced and recorded several award- winning albums in his Wisdom Tree Studios in Sedona including Electric Harp Guitar Group, Ananeah, and Quiet Fire Trio. In 2015 he received the Arizona Governor’s Arts Award for Artist. Eaton has composed for and performed with the Wisdom Tree Ensemble, William Eaton Ensemble, Nebraska Chamber Orchestra, Nouveau West Chamber Orchestra, and Amadeus Trio among others. 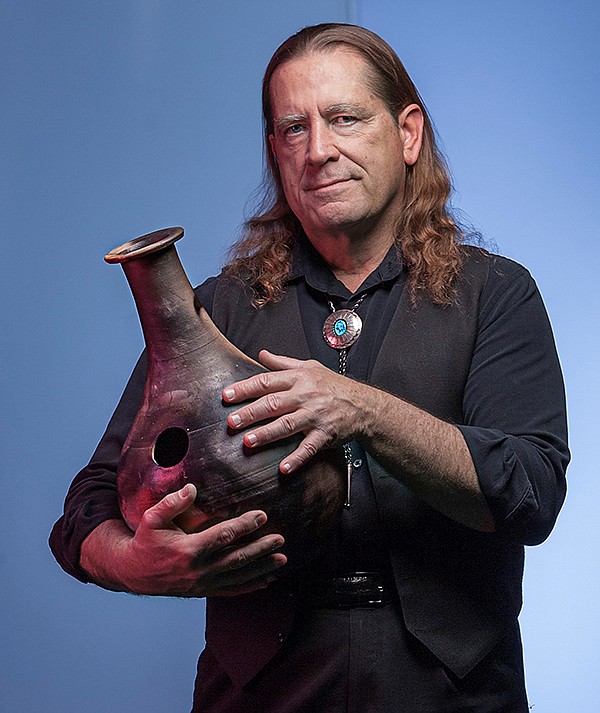 Will Clipman plays a pan-global palette of ethnic percussion in addition to the traditional drumkit. Will has received seven Grammy nominations, including one for his solo world music album “Pathfinder.”

Will has recorded over 70 albums, including over 35 on Canyon Records. He has toured throughout the United States including Alaska and Hawaii, as well as Canada, Germany, Morocco, and Russia. Will’s Planet of Percussion performance and workshop takes audiences of all ages on a world tour of rhythm.

Saturday night’s concert will not be a repeat of Friday’s, as both will be unique. The trio will play improvisational themes and variations from their recorded oeuvre in their trademark one-of-kind, in-the-moment performances at Old Town Center for the Arts.

Tickets for the Spiral Rendezvous CD Release concert, with R. Carlos Nakai, William Eaton and Will Clipman are $30 in advance, $32 at the door, and $35 for priority seating. Tickets are available online at www.showtix4u.com or in Cottonwood at Mysterium and In Sedona, you can find tickets at The Mary D. Fisher Theater. For ticket prices and more information about these and other upcoming events, visit oldtowncenter.org, or call Elena Bullard at 928-634-0940.