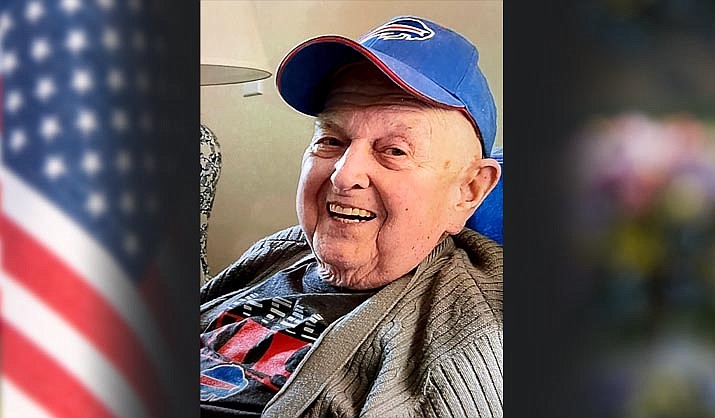 Gordon G. Kelsey, 85, of Rochester, New York, passed away on October 17, 2022 at his home in Rochester. He was born February 26, 1937 at Batavia Hospital, Batavia, New York to the late Earl and Fannie (Williams) Kelsey.

Gordon’s generosity was exemplified by his continued service throughout his life.

He was a former president of the Alexander Volunteer Fire Department in Alexander, New York, the first Honorary Lifetime member of the Ballston Spa Elks Lodge, in Ballston Spa, New York, member and Chaplain of the American Legion in Camp Verde, AZ, prepared meals for nursing home residents in Cottonwood, Arizona, and volunteered and ran the food pantry for St. Vincent de Paul in Camp Verde, Arizona for close to 15 years.

Gordon had a love for his family, children and grandchildren. He was a youth coach for all of his six children. Although he and Gayleen retired to Arizona over 20 years ago, they spent many of those years “on the road” visiting their children and 14 grandchildren and two great-grandchildren, throughout the U.S. While doing so, Gordon and Gayleen had a goal of visiting as many states in the U.S. as possible, hitting 47 of the 50.

The Family would like to thank the Rochester Regional Hospice nurses Gail and Sheri. Along with his caregivers Karyn, “T”, and Tanya.