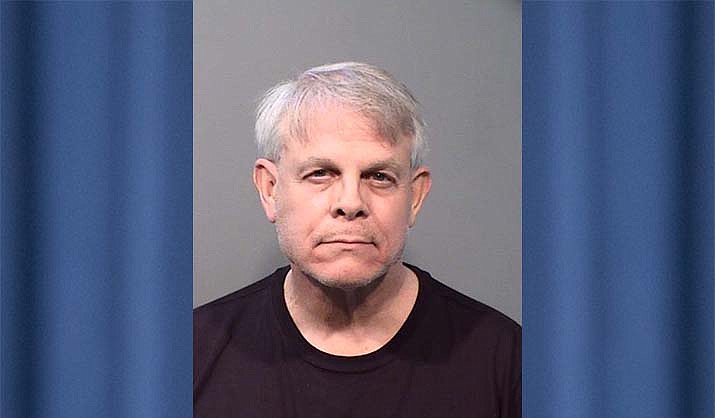 Mitchell was previously found guilty by a Yavapai County jury of 29 counts of abandonment or concealment of a dead body, all Class 5 felonies.

Dec. 26, 2020, two woodcutters discovered a human arm and leg near Contreras Road, outside Prescott. The Yavapai County Sheriff’s Office responded to the call and found 24 human body parts. The next day, YCSO responded to two hunters who had discovered two severed human heads near Camp Wood Road. After an extensive search, law enforcement recovered a total of 29 body parts, including five heads.

The investigation revealed that the body parts belonged to nine separate people who had chosen to donate their bodies to science upon their death. Most of the body parts were marked with silver tags and serial numbers, which is an identification system commonly used for donor parts. Also found at the initial scene was a label for “FutureGenex,” a whole-body donation business in Seattle, Washington, owned by Mitchell.

The subsequent investigation revealed that Mitchell had been renting freezer space in Kent, Washington, where he was storing body parts from no fewer than nine donors. Mitchell took the donor parts when he left Washington for Arizona in early February 2020. The body parts were transported by Mitchell in a U-Haul on dry ice. Mitchell’s business, FutureGenex, was permanently closed in April of 2020.

When Mitchell arrived in Arizona, he lived in Chino Valley. He had a padlocked storage shed with power running to it via an extension cord for a chest freezer he used to store the body parts. Mitchell dumped the body parts in late November 2020, then sold the freezer and moved to an apartment in Scottsdale, where he was subsequently arrested.

While executing a search warrant at Mitchell’s residence, law enforcement found evidence tied to the scene, as well as business documents associated with FutureGenex, including several donor consent forms.

The State, through the Yavapai County Attorney’s Office, had urged the court to impose no less than 18 years in prison.

The State argued the emotional harm to the families warranted a lengthy prison sentence. Casi Harris, deputy county attorney and the lead prosecutor on the case, explained that nearly one and a half years after the body parts were discovered, Mitchell admitted to dumping a total of 53 body parts in two separate locations. Mitchell claimed he had dumped the body parts for his own social and political agenda – to bring attention to the lack of regulation of the body donation industry.

Harris told the court: “Each of the families in this case has been devastated by the defendant’s conduct. They have expressed the sense of horror they felt when they first discovered that their loved one’s wishes had not been honored and that their bodies were instead dumped in the woods and buried in the desert for Mr. Mitchell’s own personal agenda. Since that time, the families have been harassed by the media and have had to relive the death of their loved ones and the mistreatment of their bodies time and time again.”

Harris also argued that Mitchell stole from society something of immeasurable value.

“The body parts in this case were intended to help further medical research and education, including cutting edge ultrasound technology to help train surgeons. The victims’ nine bodies could and should have been used to advance invaluable medical training. Instead, they were dumped into the woods and desert where they were left to rot, having never fulfilled their intended purpose or the donors’ wishes.”

Mitchell will serve at least 85% of the 6.25 years sentence imposed by the court before becoming eligible for release, according to Polk.

Polk further stated: “This was a difficult, very emotional case for the families of the victims, and I can only hope that this prosecution and sentence bring some closure for them. The indignity and horror of the discovery of how their deceased loved ones were treated by Mitchell is something no family should ever have to endure.”