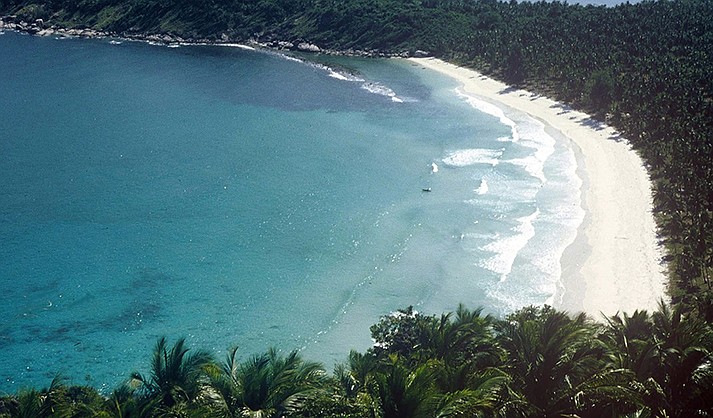 From the Bolivian jungle to the party beaches of Thailand, and from the deserts of Timbuktu, Mali to the breathtaking beauty of Bhutan, “Gringo Trails” shows the unanticipated impact of tourism on cultures, economies, and the environment, tracing some stories over 30 years. (Photos provided by SIFF)

The Sedona International Film Festival is proud to present the second film in its four-week Sustainable Tourism Film Series. “Gringo Trails” will show on Thursday, Sept. 15 at the Mary D. Fisher Theatre at 4 p.m. The screening will be followed by a panel discussion.

Is tourism destroying the world–or saving it? From the Bolivian jungle to the party beaches of Thailand, and from the deserts of Timbuktu, Mali to the breathtaking beauty of Bhutan, “Gringo Trails” shows the unanticipated impact of tourism on cultures, economies, and the environment, tracing some stories over 30 years.

Spanning South America, Africa and Asia, the tourist pathway known as the “gringo trail” has facilitated both life-altering adventures and the despoiling of many once virgin environments. The film follows stories along the trail to reveal the complex relationships between colliding cultures: host countries hungry for financial security and the tourists who provide it in their quest for authentic experiences.

“We travel, initially, to lose ourselves,” says best-selling travel writer Pico Iyer; “and we travel, next, to find ourselves.” We travel for escape and for encounter, to challenge our assumptions and our limits, and to expand our visions of the possible. As dramatically as travelers are altered by new landscapes, values and belief systems, they also unavoidably alter the people and places they visit.

The screening of “Gringo Trails” will be followed by a panel discussion with representatives of the film via Zoom and local speakers.

We’ve all said that Sedona is ‘unique’ among cities in Arizona, the U.S., and the world. But we’re not alone. Tourism, especially in destination cities like Sedona, is booming all around the world. Sedona has been ‘discovered’.

Tourism funds a significant share of the Sedona city budget, employs thousands of people, and provides a far greater selection of shops, services, and activities than a town of less than 10,000 residents could otherwise support. But tourism inflames many of the critical issues facing Sedona today.

Many in Sedona express fears and concerns about a declining quality of life. People cite negative forces like traffic congestion, high housing costs, and strangers filling our neighborhoods. Many believe that short term rentals have decimated the availability of rental housing, causing workers to leave. Crowded restaurants, slow service, and rising prices are common. Trailhead parking is difficult, and trails are overcrowded and trashed. Irresponsible all-terrain vehicle (ATV) operators damage the environment and cause noise and congestion problems. Everyone suffers as our doctors and teachers move away. Residents blame over-tourism, and it’s hard to argue otherwise.

The Sustainable Tourism Series features films from around the world, and addresses tourism issues like ours. Perspectives from residents, visitors, and businesses are presented. We hope you come away knowing we aren’t in this alone, and there are solutions out there. Somewhere.

“Gringo Trails” will be shown at the Mary D. Fisher Theatre on Thursday, Sept. 15 at 4 p.m. Tickets are $12, or $9 for Film Festival members. For tickets and more information, please call 928-282-1177. Both the theatre and film festival office are located at 2030 W. Hwy. 89A, in West Sedona. For more information, visit: SedonaFilmFestival.org.

Remaining films in the Sustainable Tourism Series are: