The Watters to perform at The Hudson 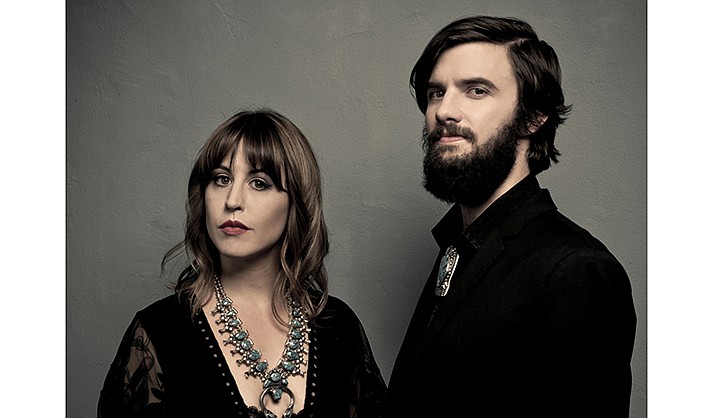 The Watters will be in Sedona for a one night only performance at The Hudson Restaurant, 671 SR 179, Suite D, in the Hillside Shopping Center, on Thursday, Sept. 8, from 8 to 10 p.m.

The show is for all ages. This will be an intimate duo performance with one of Sedona’s own, very talented musicians.

The Watters’ new EP album, “Mellow,” includes songs inspired by the last few years when The Watters were forced to take it “low and slow.” 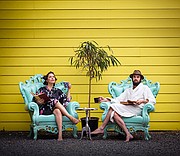 The “Mellow” EP follows 2021’s full album “Intuition” which was critically acclaimed. One of the songs on Intuition, “Deja Vu,” won the grand prize in the 2021 John Lennon Songwriting Contest, while two of its other standouts, “Let Me Know” and “Learning How to Die” placed as runners-up.

An acclaimed mainstay of Austin’s renowned music scene, The Watters is made up of husband- and-wife duo, Daniel and Jenna Watters, both born and raised in Sedona, whose timeless songwriting and dynamic musicianship embodies a sound they call “Americana Soul.” The band has garnered a devoted fan base through their consistently energetic live performances and the release of four albums, including their latest, “Mellow.”

The album is just the latest step in the evolution of a band that has elicited comparisons to Tedeschi Trucks Band, Lake Street Dive & Fleetwood Mac. Starting in 2005, Daniel and Jenna have collaborated on eight albums together under various monikers, releasing their debut record as The Watters, “Great Unknown,” in 2016.

Their eclectic sound, described as “a fusion of delightful sound and vivid lyricism” by Atwood Magazine, seamlessly blends Americana, soul, rock and jazz, and was developed in part through the influence of living in multiple music powerhouse cities like Nashville, Denver, Los Angeles and, since the couple settled there in 2015, Austin.

A previous Artist of the Month for the Austin Music Foundation, the band has opened for world-class acts like Michael McDonald, The Revivalists, The War & Treaty and Allen Stone in addition to playing some of their adopted city’s legendary venues, like Austin’s ACL Moody Theater, Antone’s and the Continental Club –all hallmarks of the trajectory of a band on the rise even as they continue to follow their own distinctive path.

Contact The Hudson at 928-862-4099 for reservations as space and seating will be very limited.