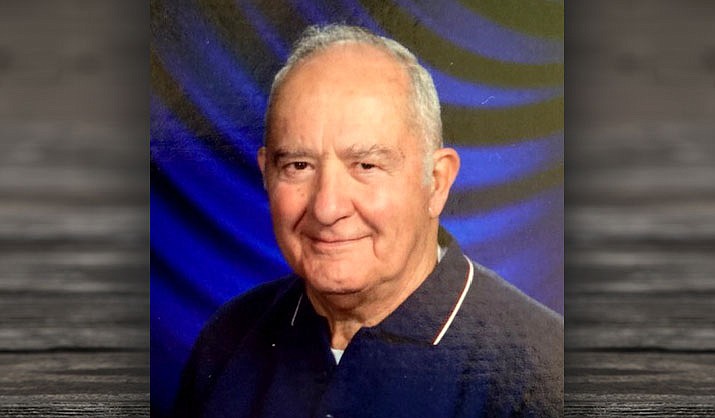 James (Jim) H. Bowser, 85, passed from this earthly life into the arms of his Heavenly Father on August 21, 2022, after valiantly battling an illness.


Jim was born on July 20, 1937, in Mansfield, Ohio, to Arthur and Anna Bowser. The only son of three, he became a natural protector and provider of his family, especially after his father experienced a debilitating accident, not long after the family moved to Michigan.

Upon graduation from Tecumseh High School in 1955, he attended Albion College on a partial athletic scholarship, where he studied mathematics. His first job out of college took him to Grant, Michigan.

At that time, student Curtis Passage introduced the handsome young teacher and coach to his sister Jan. Jim swept Jan off her feet, and they married on September 2 of 1960, making their first home in Michigan.

Over the 59 years of their marriage, they also lived in Hawaii and Arizona, and in 2001, finally retired to make their dream home in Jim’s favorite state of Arizona.


Jim was a godly, wise, and dedicated man. He was a man of few words, but demonstrated his character through his interactions with people. As a life-long teacher and coach, he encouraged his students and athletes to persevere in difficulty, give their best effort, and seek improvement. A simple pat on the shoulder or beaming smile from “Mr. Bowser” was proof that he was proud of their accomplishments.

Jim was a loving, inspiring, and faithful husband, father, and grandfather. His love for Jan was evident and unconditional, and was poured out onto his family. His lifeline was God, and he read his Bible faithfully. As a man who enjoyed the outdoors, Jim took his family to Cedar Point visits, annual summer camping trips, traveling, horse-back riding, sporting events, and picnics.

Indoors, Jim especially loved to hear Jan play hymns on the piano. His entertainment included playing cards and games, doing puzzles, and lived vicariously through his voracious reading of westerns and mysteries.


Even in retirement, Jim continued his passion for coaching by helping with the Camp Verde wrestling program. Both he and Jan actively served their community, as members on the Board of Directors at the Beaver Creek Adult Center, where Jim was the Treasurer for many years.

He had many dear friends there, who also shared his love of playing bridge and cribbage. Jim was a loyal and constant participant in Bible study groups and committed to his Nazarene church family. Jim’s highest devotion was to Jesus, his Lord and Savior, with whom he is now rejoicing.

Two celebrations of life will be held. One in Arizona at 10:30 a.m., on Sunday, October 9, 2022 at New Beginnings Church of the Nazarene, in Camp Verde, AZ. The second in Michigan from 3-5 p.m., on Saturday, November 26, 2022 at Berrien Center Bible Church, in Berrien Center, Michigan.