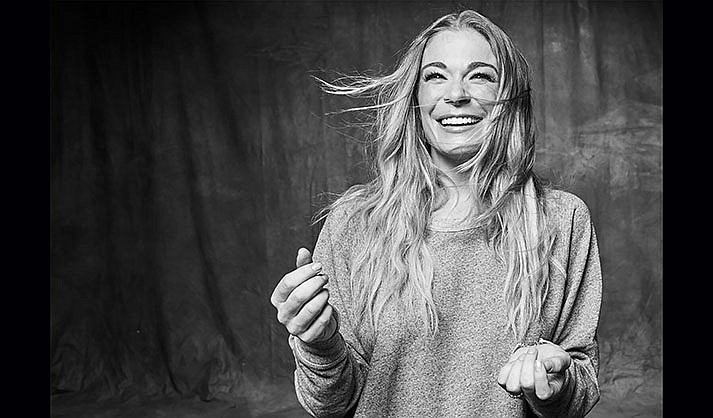 Enjoy an evening under the Arizona stars with singer LeAnn Rimes, at Cliff Castle’s Stargazer Pavilion Saturday, Sept. 24. With songs like “Blue,” “How Do I Live,” “Something’s Gotta Give” and “Long Live Love,” LeAnn’s musical abilities range beyond country into pop and adult contemporary styles.

At 14, Rimes won “Best New Artist,” making her the youngest recipient of a Grammy® Award. LeAnn has been honored with the Ally of Equality Award by the Human Rights Campaign for over 20 years of equal rights support, the 2019 HOPE Award for Depression Advocacy, and 2009 ACM Humanitarian Award, among other recognitions, solidifying her dedication to making the world a better place.

In 2020, Rimes shined the brightest and won season four of FOX’s “The Masked Singer,” with Entertainment Weekly stating that she delivered “… the most beautiful performance in the history of The Masked Singer.”

Passionate about using her voice to help heal the world, LeAnn released a chant record in November of 2020 called “CHANT: The Human and The Holy” (EverLe Records / Thirty Tigers). Rimes continues her wellness journey with two seasons of her iHeartRadio podcast, Wholly Human, which will bring her lifestyle blog, Soul of EverLe, to life and introduces fans to the teachers and wise souls that have made a positive impact on her life.

LeAnn Rimes is also now celebrating her 25th anniversary as a recording artist, commemorating the release of her debut album “Blue,” and will release her next studio album, “God’s Work,” Sept. 16.