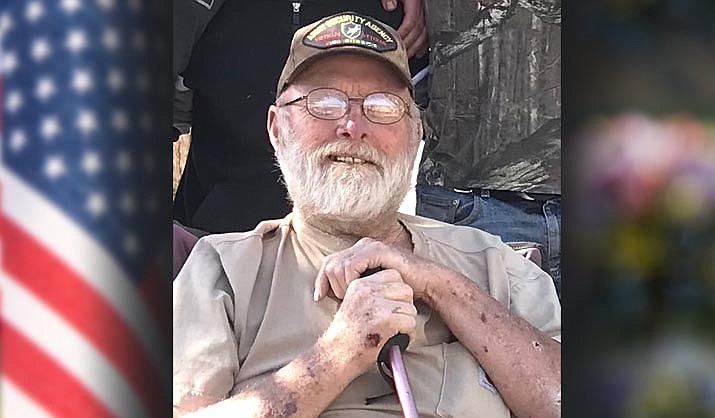 The family of Keith Harrison Cowgill, 77, of Sedona, Arizona, is saddened to announce he passed away with family by his side on September 3, 2022.

Keith was born on September 15, 1942, in Basin, Wyoming, to William “Bill” and Nell (Nicholson) Cowgill, the fourth of four children. His eldest sister, Elizabeth, passed away in infancy and his brother, Ed, passed away in 2020.

Keith grew up in the small town of Byron, Wyoming, and often shared stories of his childhood with his family and those who knew him well. Keith and his brother, Ed, loved each other fiercely and also fought just as fiercely, while older sister Anita tried to keep the peace and regularly broke up fights. One day, Anita was so frustrated with Keith and Ed fighting while their parents were away that she broke a stack of dinner plates over Keith’s head to get their attention (he would laugh as he re-told the story and point to the scar on his head as a lasting reminder).


Keith played football, track and wrestling in high school and graduated from Byron High School in 1963, with just 12 students in his graduating class. He was a Wyoming state champion in wrestling in 1963. He later took courses at the University of Wyoming before enlisting in the United States Army where he served from 1965-1969.

He was stationed at the Panama Canal and proudly served in Vietnam in 1967-1968 during the Tet Offensive, and was later stationed in Germany. After returning stateside once he received an honorable discharge, Keith worked in construction with his father and brother, where they built bridges throughout Wyoming and Montana, including Yellowstone National Park.

Among his many jobs was a summer stint with the United States Geological Survey and a derrick hand in the oil folds near Byron. He eventually started his own successful construction company, Cowgill Construction Company, which still operates under the leadership of his son Ross, who now owns his own company that falls under the same name.


In 1973 he married Janet Ellen Pestone in New York, where he lived and worked for four years. Keith, Janet and daughter Janelle moved to Arizona in 1977, establishing roots in Sedona. They lived in a small red rock house in Uptown Sedona while he built their home in the Village of Oak Creek where they lived until 1990, as well as their current home in West Sedona.


His son Ross was born in 1978 in Cottonwood. Over the years, Keith was heavily involved in Kiwanis; as president, Keith organized and assisted in the construction of the Posse Grounds Ramadas and soccer field, and organized Sedona’s first annual Easter Egg Hunt. Through his involvement with the Boy Scouts, he served as an Assistant Scoutmaster and Scoutmaster of Troop 48 for many years and guided many Scouts (including Ross) to achieve Eagle Scout.

Keith was an avid hunter and regularly embarked on annual hunting trips with his son and grandsons. He loved the outdoors and taught his two children to appreciate nature and wildlife, regularly leading the family on hiking trips or drives on bumpy dirt roads-his favorite Father’s Day activity. He loved watching John Wayne movies and reading (and re-reading) books by Louis L’amour.

More important than professional accolades and achievements, his wife, children and most importantly, grandchildren, were his greatest source of pride and lasting legacy.


A funeral Mass will take place at a later date. Please check bit.ly/KeithCowgill for updates.

Memorial donations may be made to the Leukemia & Lymphoma Society (givenow.lls.org), the Michael J. Fox Foundation (michaeljfox.org) or Northern Arizona Hospice (lhcgroup.com/foundation).