Jerome’s Art in the Park set for Sept. 25 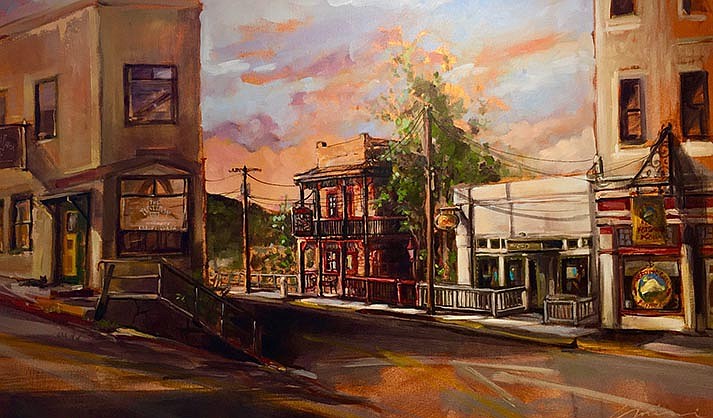 Sunday, Sept. 25, from noon to 5 p.m., the Jerome Chamber of Commerce will present “Jerome Past & Present,” a truly unique art show in Jerome’s upper park.

Sixteen artists have been selected to create their view of an aspect of Jerome’s history or current scene. This original “Art in the Park” will remain on display on specially prepared easels in the park for viewing for six weeks. Jerome has been recognized as an arts community since the 1960s and continues to attract amazing talent. Here’s a look at just a few of the artists who will be participating. 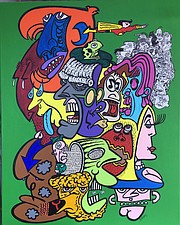 Michael Gallagher has been drawing for as long as he can remember. He has written and drawn hundreds of children’s comic books and animated movies. He wrote the first issue (and many more) of Sonic the Hedgehog. He wrote for Archie’s comics and three years of Guardians of the Galaxy. He wrote several front covers for MAD Magazine as well as back covers, interior articles and “Spy vs. Spy” gags. Michael began painting acrylics on canvas when he moved to Jerome in 2009.

Clarkdale sculptor and painter Richard Faye says, “I have always been intrigued by figure, the shape of trees, flowers, animals and especially the human figure. Imagination along with physically seeing or touching brought to fruition using some medium like stone, paper, wood, clay, oils and lots of color and contrast. Hence what I painted or sculpted can be experienced as well as seen.”

Mimi Romberger spent over 35 years in Northern California pioneering the video game industry, creating characters, animations, and interactive interfaces including the first Atari Mario Brothers game. As she says, “I am still so honored to have worked with industry leaders such as Atari, Accolade, Apple, Sega of America, Lucas Learning, and Cisco Systems and was a ‘hands on’ part of the digital art and design evolution.” I still do digital art, but my focus for the last 10 years has been rediscovering oils and acrylic painting, watercolor, ceramics, and mixed media.

That’s just a sample of the artists that will be participating. Music will be provided by Matt Miller and The Invincible Grins. Come to Jerome on the 25th to welcome the Fall Season with a special day in the park.