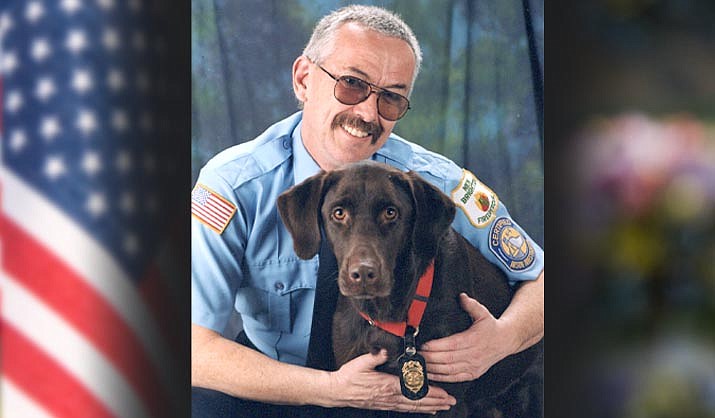 Mark William Bishop November 5, 1952 to August 20, 2022. Mark passed away quietly in his home in Cottonwood, Arizona, with his wife, Jill, in attendance after a long battle with cancer. He was born in Swindon, England, to Ernest and Joan Bishop.


Mark moved to the United States to marry his first wife and start a family. He very proudly became a citizen on March 5th of 1980. While working as a machinist, Mark joined the New Brighton Fire Department as a fire fighter and later became the Fire Marshal. In 1996 Mark enthusiastically partnered with an accelerant detection canine, Buddy, to assist in fire investigations. Mark and Jill were married in 1997 and recently celebrated 25 years together. In 2004 they started their own company, Prairieland Fire and Forensics, and Mark started driving around the region investigating fires and truly enjoyed hitting the road. While in New Brighton, Minnesota, three grandchildren were “adopted” from church who added greatly to his life.


In 2010 Mark fulfilled a dream by buying a farm in Plum City. The setting was beautiful and Mark spent many hours on the porch watching the seasons change and waving at passing neighbors. Mark and Jill made many wonderful friends there and tried to contribute and participate in the Village whenever they could.


In 2014 he made plans with his daughter, Connie, to drive his Ural motorcycle to the Arctic Ocean which was another dream of his made even more special by sharing it with her.

Several years ago Mark was diagnosed with cancer. The farm upkeep became too much to handle, so in 2021 a decision was made to move to Cottonwood, Arizona.

Mark was quite a character, known for his clever and unique sense of humor and his enthusiastic interests including: motorcycles, reading, flat track racing, learning trombone, antique tractors, small gas engines, sheep, bees, chili contests, baking artisan bread, model boat building, grilling and roaming the countryside on his Ural with his labrador.

Memorial services will be held on Saturday, September 24 at 11:00 a.m., at the Plum City Evangelical Free Church in Plum City, Wisconsin.