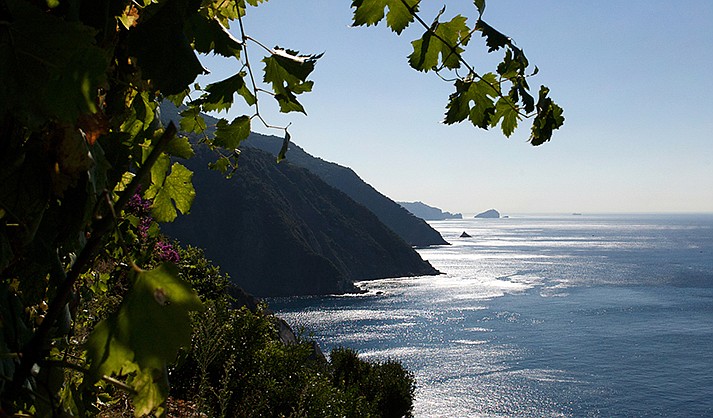 The Sedona International Film Festival presents the final film in its four-week Sustainable Tourism Film Series. “Vendemmia” will show on Thursday, Sept. 29, at the Mary D. Fisher Theatre at 4 p.m. The screening will be followed by a live Q&A discussion with the film’s directors who will be in Sedona to host the screening personally.

“Vendemmia” documents the efforts to balance environmental sustainability in the Cinque Terre of Italy amid ever-rising tourism.

In today’s modern world, when most everything is done with the touch of a button, an idyllic winemaking region on the coast of northern Italy called the Cinque Terre still makes wine by hand, as their ancestors have done for over 1000 years. But with fewer than 20 aging producers of the Cinque Terre’s rare, prized Sciacchetrà wine still in operation, and opportunities to make fast, easy money newly available to a population with a legacy of hardship and poverty, the citizens of the area needed a savior. In 1999, the Parco Nazionale delle Cinque Terre was established in an effort to save this dying world.

The documentary film “Vendemmia” tells the story of the Cinque Terre through the eyes of some of its extraordinary residents – among them 32-year-old Heydi Bonanini, a new generation winemaker using the ancient techniques and traditions of his ancestors in the fight to preserve his culture.

The film also explores the sometimes-radical measures taken by the Parco Nazionale delle Cinque Terre to create sustainable solutions for the preservation and restoration of the Cinque Terre – and its efforts to teach the younger generation that their culture is worth saving.

The screening of “Vendemmia” will be followed by a live Q&A discussion with the film’s co-directors Sharon Boeckle and Krista Lee Weller who will be in Sedona to host this special wrap-up to the Sustainable Tourism Film Series.