Zenprov Comedy goes down the rabbit hole at Mary Fisher 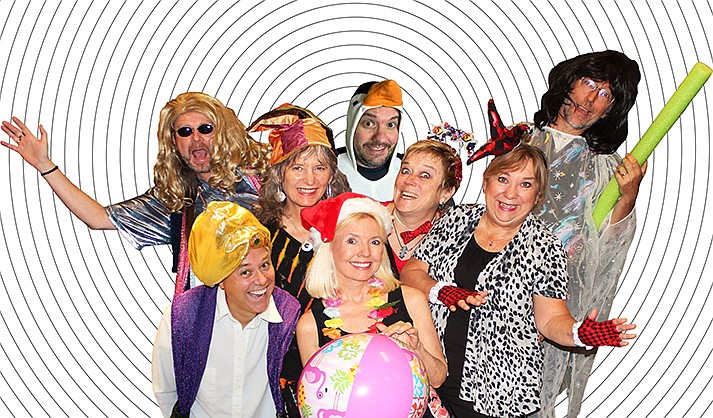 Zenprov Comedy is back to perform a completely improvised show titled “Mad Hatters: Goin’ Down the Rabbit Hole!” on Saturday, Sept. 24, at 7:30 p.m. at the Mary D. Fisher Theatre in Sedona. Tickets are $15 and can be purchased online at the box office or ZenprovComedy.com.

Don’t miss this Sedona favorite, now celebrating their 12th year together. This will be Zenprov Comedy’s last public show in Sedona until March 2023. However, they will be performing on Oct. 29, Dec. 10 and Feb. 11 at the Old Town Center of Arts in Cottonwood.

Zenprov Comedy is excited to officially welcome their newest member Nathanial Montgomery to the troupe. Montgomery is a professional life coach and has studied, taught, and performed improv acting for more than 20 years. “Nathanial has big, playful energy and loves to take physical and emotional risks on stage. I love playing with him, and I appreciate the fresh approach he brings. Audience feedback from his performance has been highly positive. He’s great addition to the team,” said Derek Dujardin, the director of Zenprov Comedy. “Plus, Mary Carder is back from her travels around America and will be joining Zenprov on stage again.”

The troupe actively studies weekly with world-renown improv comedy coach from Second City in Chicago and embraces the Del Close method of improv acting, which emphasizes the “group mind” that mysteriously develops during a performance.

Miraculously, the players’ minds fuse to create a “super mind” where they practically finish each other’s sentences—and often do. Laughter ensues.

Tickets are $15. Due to their local popularity, these one-night-only performances do sell out, so please purchase tickets early. Get tickets online at

The Mary D. Fisher Theater is located across the street from the Harkins Movie Theater at 2030 SR 89A. Beer and wine are available. Doors open at 7 p.m. Shows are rated PG-13 (shows may contain adult material and may not be appropriate for those who are easily offended) and run approximately 90 minutes.