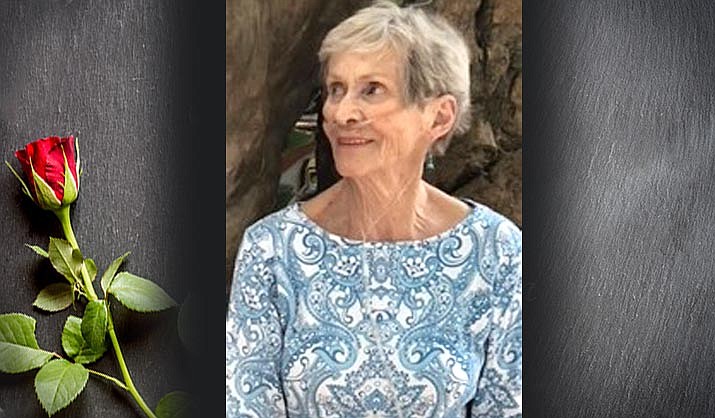 Cheryl Ann Ross of Cornville, Arizona passed away peacefully Saturday, August 27, 2022. She was born in Cresco, Iowa on March 23, 1935 to Willard (Bill) and Sadie Bents.


Cheryl grew up on a family-run nursery during the Depression era. After high school, while visiting her sister in California, she met Bob Ross; they were married three months later in 1953. They raised their daughter Sherry, and later son, Dennis in the Kansas City area. Cheryl had success in the real estate business and learned skills which would help them later. They had an opportunity to move to Northern Colorado, where the family grew and thrived.


They purchased a small subcontracting firm and Bob, Cheryl and both kids worked together to make it a success. It was a familiar role for Cheryl. She had always been her dad’s helper and apprentice on the nursery. She always encouraged the family to work together on tasks.

Cheryl later applied her love of horticulture to become a Master Gardener, advising community members on trees, lawns, and gardens.

The family always marveled how quickly she read books, especially history, and retained them well.

Eventually, her life was blessed with five grandchildren, Amy Hickox (Bill), Jason Willis, Dan Ross (Kelsey), Megan Crocker (Jeff), and Paige Ross and one great-grandchild, Jordan Hickox. She cherished time with the family, cooking irresistible home-cooked meals. She also enjoyed time individually, getting her hands dirty in the garden, as well as spending time at the cabin or walking the beach.

She is preceded in death by her parents; her sister, Lorna; her brother, Jim; and her daughter, Sherry Toomey.

A friend recently said, “Heaven has gained quite an angel.”

A funeral ceremony will be held at Peace Lutheran Church, Cottonwood, AZ on Monday, September 26, 2022 at 2 p.m. Condolence may be shared at buelerfuneralhome.com