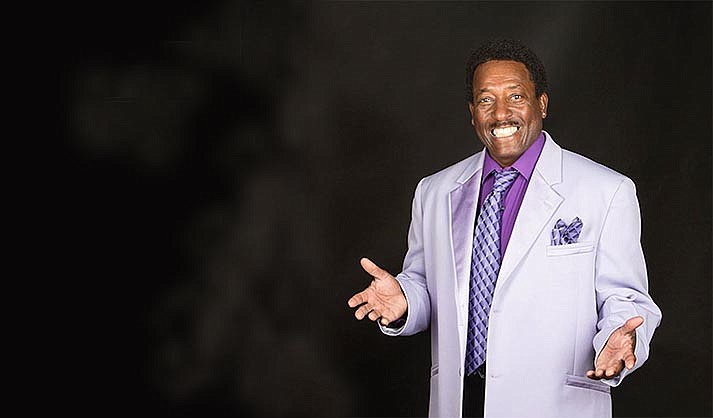 Colorful, always decked out in his best show attire, Davis puts on the kind of show that energizes audiences and gets people up and dancing.

There is no doubt he is one of Sedona’s most prolific entertainers. Once he gets on that stage it’s pedal-to-the-metal all the way, from his opening number to the last song of the night.

He whirls. He twirls. He dances and prances and puts on a show everyone loves and enjoys.

Davis is flamboyant, commanding and a true performer as he delivers one hit after another to a dancing, classic-rock loving crowd.

McFarland is a bona-fide professional, always engaging and prolific in his repertoire of classic songs.

He has played with famous acts across the country and covers tunes from the sixties to today.

He has a pleasing and powerful voice and accompanies himself on guitar, which he plays with gusto and virtuosity.

He, like Davis, is a local favorite and people come out to see him play and perform, as he shares anecdotes and little-known facts about the songs he performs.

Enjoy the weekend with two of Sedona’s best talented musicians.

Bella Vita Ristorante is located two miles west of the Courtyard by Marriott on 89A near mile marker 368 at 6701 West State Route 89A.

For reservations and specific directions to the restaurant visit bellavitarestaurant.com or call 928-282-4540.