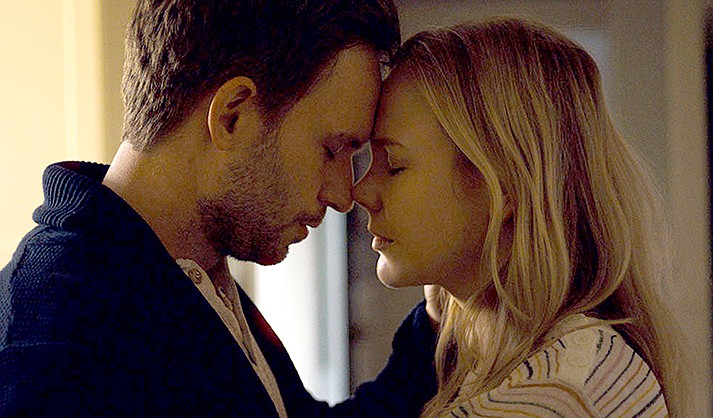 A film about love, forgiveness, and self-recrimination, Lindsay MacKay’s “The Swearing Jar” follows would-be singer-songwriter Carey (Adelaide Clemens), who is reluctantly falling for Owen (Douglas Smith), a clerk at the local bookstore. (Photo provided by SIFF)

The Sedona International Film Festival is proud to present the Northern Arizona premiere of “The Swearing Jar” showing Sept. 30-Oct. 5 at the Mary D. Fisher Theatre.

This special premiere comes directly after the film’s premiere at the prestigious Toronto International Film Festival, where it played to rave reviews.

It is a rare and miraculous thing to find your one true soul mate. Carey soon learns that finding two of them can pose an even greater problem.

A film about love, forgiveness, and self-recrimination, Lindsay MacKay’s “The Swearing Jar” follows would-be singer-songwriter Carey (Adelaide Clemens), who is reluctantly falling for Owen (Douglas Smith), a clerk at the local bookstore. The rub is that she’s still deeply in love with her husband, Simon (Patrick J. Adams). Employing a daring narrative strategy, “The Swearing Jar” argues that real love lingers — sometimes painfully, sometimes exhilaratingly — no matter how we or our situations change.

Simon and Carey’s relationship is complicated by secrets and the fact that they’re young and essentially newlyweds. Carey is also pregnant, which is both welcome and problematic. Her flirtation with Owen, meanwhile, is necessarily founded on discretion and half-truths. On the fringes is Simon’s crusty mother, Bev (Kathleen Turner), who ends even the most cheerful and tender encounters with a caustic comment or an ill-placed reminder that men will always leave, one way or another.

“The Swearing Jar” tells a complicated story with charm, humor, and grace.