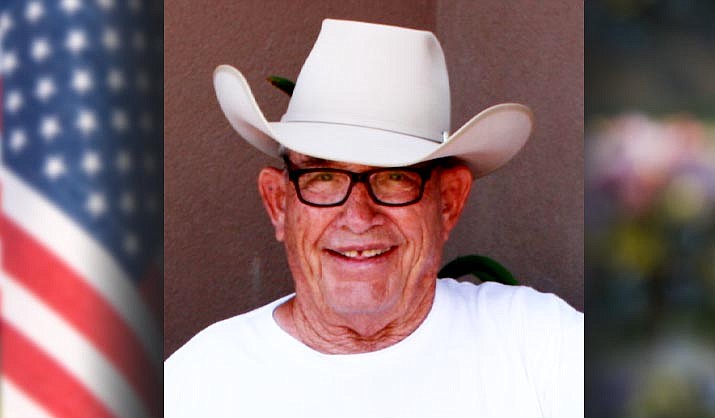 Edwin Franklin “Corky” Davis: loving husband, father, brother, grandfather, great-grandfather, uncle and friend, passed away on December 25, 2022 at his daughter’s home in Sedona, Arizona, surrounded by family. He was 95 years old. Cork was born in Phoenix, Arizona on September 07, 1927.

He attended grade school at Roosevelt and played football at Phoenix Union High School. He entered the Navy for a short time at the age of 15 until his sister reported him for being under age. At the age of 17 he joined the Marines and was Honorably Discharged at the end of World War II. He was one of the last remaining WWII Veterans.

On June 26, 1954 in Prescott, Arizona, he married the love of his life, Barbara “Bobbi” Shields. This year they celebrated 68 years of marriage. Cork drove a truck for Yellow Freight for 32 years until he retired in 1987. He and Bobbi raised their family in Phoenix until he was transferred to Flagstaff then to Albuquerque and back to Phoenix. Once retired, he and Bobbi moved to Wagoner, Arizona to take over the family ranch.

Anyone that knew him, knew his passion for everything involving sports and could give you statistics on any team or player. He enjoyed hunting and fishing, loved his animals and enjoyed a good poker game with friends. Most of all he loved his family.

He was preceded in death by his mother Bessie Rose, father Gene Davis (Annie) and sister Thelma Wallin (Shorty) and grandson Davis Gregg.