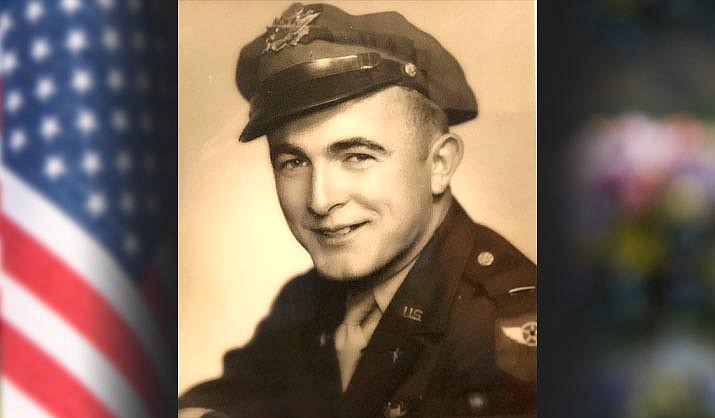 Robert Graves Loy passed away at home in the presence of loved ones early Sunday morning, December 16, 2018, at age 94.

Robert was born on February 7, 1924, in Prescott, Yavapai County, Arizona to Edward and Priscilla (Graves) Loy. Robert was raised on the Loy Ranch on Oak Creek before the days of electricity. He spent his early days roaming the hills and swimming in Oak Creek with his brothers and sisters. He attended the one-room Oak Creek school in Cornville from 1929 to 1938 with his future wife, Virginia Greenwell, and graduated from Clarkdale High School in 1942.

Robert dreamed of flying and in December 1942 enlisted in the U.S. Army Air Force as an aviation cadet. After completing pilot training, Robert entered active duty in Asiatic Pacific Theater as twin-engine night fighter pilot in the 6th night fighter squadron flying the Northrop P-61 Black Widow. After his discharge in 1946, Robert worked as a cowboy and a miner in the Verde Valley, attended Arizona State College at Tempe, and served in the Air Force Reserve, during which time he enjoyed piloting North America P-51 Mustangs through the canyons and over the mesas he’d cowboyed with his dad and the “Old Timers”.

Robert returned to active duty in September 1950 and served as a Forward Air Controller during the Korea War. In 1951, he was assigned to observe the Operation Greenhouse nuclear tests at Enewetak Atoll.

Robert proposed marriage to Virginia in April 1951 before leaving for Enewetak. They were married at the Greenwell Ranch on Oak Creek on June 30, 1951, and daughter Beverly was born in March 1952 while Robert was still on active duty. Robert separated from active service in November 1952, after serving a total of nearly 10 years, and pivoted to academic pursuits.

Consistent with his early years, he was a horseman throughout his career and had many friends and colleagues in the Thoroughbred industry.

Robert and Virginia raised a family of five children and shared 67 wonderful years of marriage with time spent in Tempe, Arizona, Madison, Wisconsin, Davis, California, and Lexington, Kentucky. They maintained strong connections to their Verde Valley heritage and eventually returned to their roots along Oak Creek, where they spent their final years surrounded by family and the beauty of the Verde Valley.

The family cherishes the memory of Robert’s calm presence and his understated wisdom. He often quoted Alfred, Lord Tennyson’s Idylls of the King: The old order changeth, yielding place to new, And God fulfills himself in many ways, And himself wrote, The ageless beauty that we love today is new, and when altered will be repaired or replaced in lovely ways. Patience will be rewarded, perhaps not quickly in terms of human lives, but I have seen it happen in small ways in my short life.

The family held a private service as he wished. Donations in his memory can be made to merwinconservancy.org.