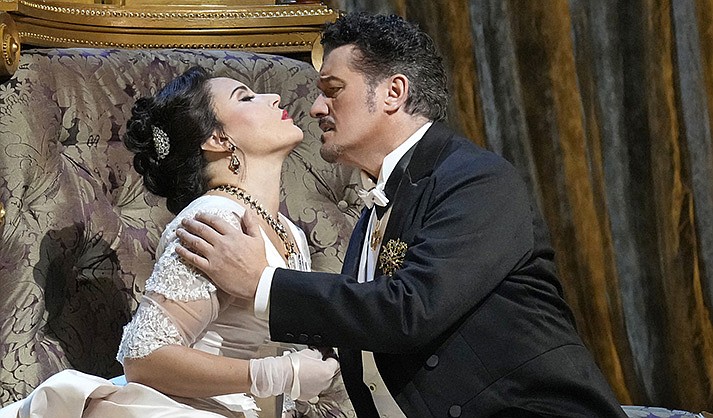 The Mary D. Fisher Theatre is honored to continue to be the home for the Met Live Opera programs for the 2022-2023 season, presented by the Sedona International Film Festival. The season continues with the world premiere of Umberto Giordano’s ‘Fedora’ live via simulcast on Saturday, Jan. 14 at 11 a.m. and the encore presentation on Wednesday, Jan. 18 at 3 p.m.

Plan to come early as Russ Fox will lead a pre-opera talk one hour before the LIVE production on Saturday.

Umberto Giordano’s exhilarating drama returns to the Met repertory for the first time in 25 years. Packed with memorable melodies, showstopping arias, and explosive confrontations, ‘Fedora’ requires a cast of thrilling voices to take flight, and the Met’s new production promises to deliver.

Director David McVicar delivers a detailed and dramatic staging based around an ingenious fixed set that, like a Russian nesting doll, unfolds to reveal the opera’s three distinctive settings — a palace in St. Petersburg, a fashionable Parisian salon, and a picturesque villa in the Swiss Alps.

Tickets are $25 general admission, $22 for Film Festival members, and $15 for students. Tickets are available in advance at the Sedona International Film Festival office or by calling 928-282-1177. Both the theatre and film festival office are located at 2030 W. Hwy. 89A, in West Sedona. For more information, visit: SedonaFilmFestival.org.