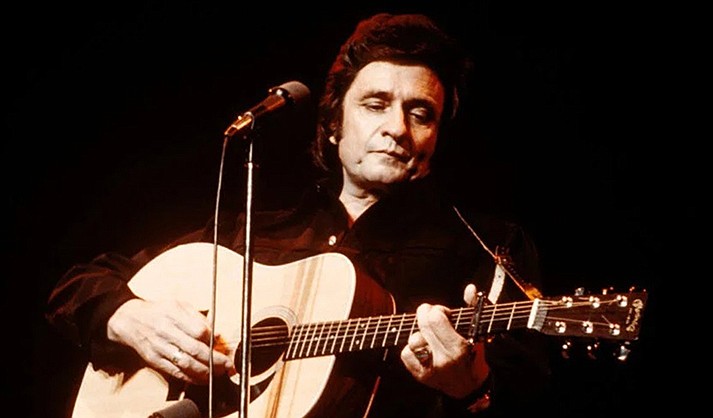 The Sedona International Film Festival is proud to present the Northern Arizona premiere of ‘Johnny Cash: The Redemption of an American Icon’ showing Jan. 13-19 at the Mary D. Fisher Theatre.

At the peak of his career, Cash had done it all—living the ultimate rags-to-riches story of growing up on a cotton farm in the Deep South to becoming a Nashville and Hollywood sensation, singing alongside heroes like Elvis Presley and performing for several American presidents.

But through all of this, Cash was troubled. By the time he released the iconic Man in Black album in 1971, the middle-aged icon was broken down, hollow-eyed, and wrung out.

At the end of his rope, Johnny Cash stumbled into a cave and laid down in the dark. But death didn’t come calling; God did. ‘Johnny Cash: The Redemption of an American Icon’ is the untold story of how ‘The Man in Black’ saw the light.

The film focuses on a critical period in the country music legend’s life and career when he went from singing hymns in the cotton fields to playing sold-out stadiums.

Featuring never-before-heard conversations with the Man in Black himself, the documentary follows Cash’s road to redemption and return to his faith, as country music stars Marty Stuart, Wynonna Judd, Tim McGraw and many others share their insights into the life and legacy of the artist, man and friend.

‘Johnny Cash: The Redemption of an American Icon’ celebrates a voice unforgettable and a faith unshakable.

Tickets are $12, or $9 for Film Festival members. For tickets and more information, please call 928-282-1177or visit SedonaFilmFestival.org. Both the theatre and film festival office are located at 2030 W. Hwy. 89A, in West Sedona.