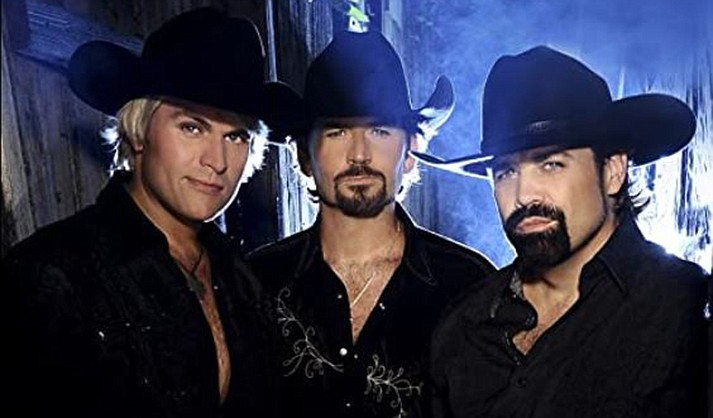 They captured hearts on ‘America’s Got Talent,’ then rode their roof-raising voices to international stardom! Now these three remarkable singers are returning to Prescott with generous helpings of classic songs, country, pop and cowboy charm. Yavapai College Performing Arts Center is proud to present the return of The Texas Tenors, Friday night, Jan. 20, at 7 p.m.

Classically trained and incredibly versatile, the Texas Tenors effortlessly move from classical music to country ballads to contemporary pop. They got their big break in 2009, wowing audiences on America’s Got Talent, and have become the most successful music group and third-highest selling artist ever to appear on the program.

Since then, tenors JC Fisher, Marcus Collins and John Hagen have toured the world, climbed the musical charts, and tallied an impressive list of numbers, including five studio albums, two PBS specials, three Emmy awards and the distinction of being named ‘Billboard Magazine’s’ No. 10 Classical Artist in the World.

Genial and charming in performance, the Texas Tenors are also hard-working road warriors. Their 2017 YCPAC concert, which made them local favorites, is just one of more than 1,500 concerts they have performed all over the world in the last decade.

The Texas-born performers have built a versatile and family-friendly style by playing every possible venue, from performing arts centers to casinos and symphony halls to outdoor festivals and corporate events. Today, the Texas Tenors collaborate with some of the world’s most prestigious symphonies, including the Houston Symphony, Pittsburgh Symphony, and The City of Prague Orchestra. They have performed at The White House National Tree Lighting, and the Congressional Medal of Honor Ceremonies as well as numerous NBA games and charity events.

Tickets for the Texas Tenors start at $35. The YCPAC Ticket Office is open Tuesdays and Wednesdays, 9 a.m. – 6 p.m. and Thursdays and Fridays, 9 a.m. - 4 p.m. The Yavapai College Performing Arts Center is located at 1100 E. Sheldon Street, in Prescott, Arizona. For reservations or more information, please call 928-776-2000 or visit YCPAC.com.