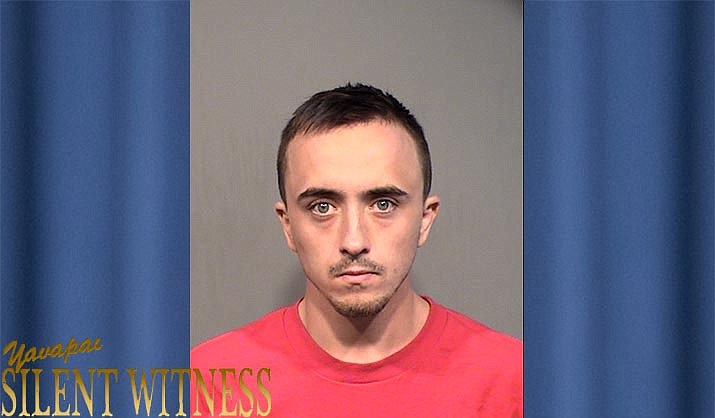 On June 9, 2020, a suspect fired shots at a residence in the 4200 block of N. Papago Lane in Prescott Valley. No suspects were found at the time of the incident. On June 10, officers were able to locate Nicholas Johnson, the owner of the gun used in the crime, in the area of Navajo and Frontage Roads in Prescott Valley. Johnson was still in possession of the gun.

The gun was found to be stolen out of Phoenix. In addition, Johnson was prohibited by law to possess the firearm.

Johnson is now wanted on warrant for weapons misconduct and a separate warrant for auto theft and burglary from another case.

Johnson is described as a 23-year-old white male, 5 feet 7 inches tall, 145 pounds with black hair and hazel eyes. His last known address was in the 14,000 block of N. Black Canyon in Phoenix.

If you provide information leading to Johnson’s arrest, you could earn up to a $1,000 cash reward. To earn your reward, you must call Yavapai Silent Witness at 1-800-932-3232 or submit a tip at www.yavapaisw.