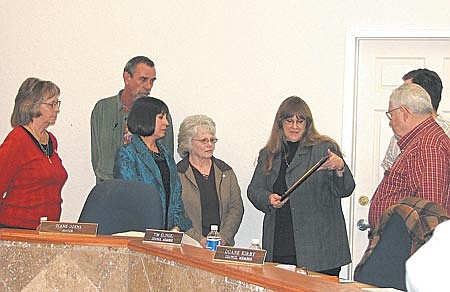 City Clerk Marianne Jim&#233;nez this week was presented with a plaque honoring her service as Acting City Manager following the sudden death of Brian Mickelsen. Jim&#233;nez filled the role for five and a half months until Doug Bartosh was named to the permanent position. Mayor Diane Joens read a lengthy list of city accomplishments under Jim&#233;nez's administration. Joens said, "We couldn't have done it without you."