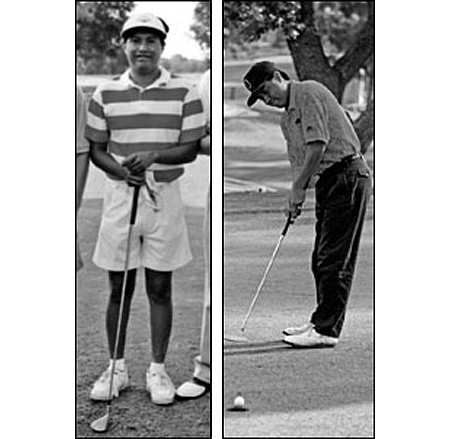 Marty James during his record-setting state championship days at Mingus Union High School (left) and on the links in Prescott today.

Whatever Happened To... Marty James
When he was in grade school, Marty James was a legend at the old Peck's Lake golf course; he would later go head to head against Tiger Woods

He started playing the game at the old Verde Valley Country Club at Peck's Lake when he was 4 years old. Once Clarkdale's Marty James stepped onto the golf team at Mingus Union High School as a freshman in 1988, he was already one of the best prep golfers in Arizona.