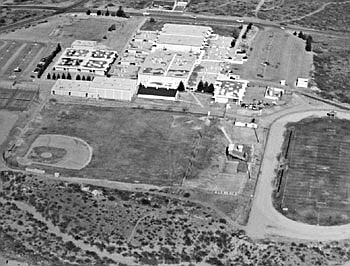 In September 1960, 350 students started the new semester at Mingus Union High School in Jerome. Those students came from Cottonwood, Clarkdale, Jerome and Sedona. MUHS remained in Jerome until 1972.A Page One story in The Verde Independent on March 24, 1971 was headlined: "MUHS is Go!" The decision had been made to move from Jerome to Cottonwood and plans had been made for a new campus.