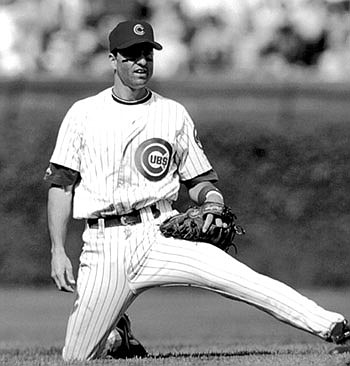 Jeff Huson’s career in Major League Baseball placed him on the field in two of Nolan Ryan’s no-hitters. He was also on the field when Cal Ripken Jr. broke Lou Gehrig’s record for consecutive game starts.
Photo courtesy Jeff Huson

Whatever Happened To... Jeff Huson
Sheer perseverence takes Jeff Huson from Mingus Union High School to a 14-year career in the Big Leagues

Jeff Huson started playing baseball when he was 5. He would tag along with his brothers. His older brother, Steve, taught him to bat left-handed. The entire family was always his support system. That support took Huson from the dugouts in Cottonwood to the biggest stadiums in Major League Baseball.