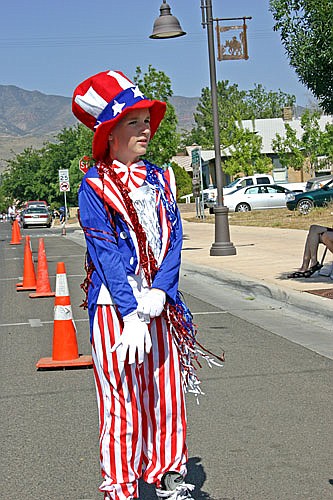 Photos by VVN/Philip WrightFor the 35th year, Clarkdale held an old-fashioned Fourth of July celebration in the Clarkdale Town Park. The day started with the VFW presenting the colors. That was followed with a pancake breakfast that served hundreds of people. The Clarkdale Police Department and Clarkdale Fire District put on the annual pancake breakfast. By 8:30 a.m., sources said more than 900 plates had been sold. The highlight of the day was the children's parade, which started at 9 a.m. Planned activities, such as an ice-cream social, a band concert and kids carnival-style games, provided entertainment after the parade.Submit you own photos HERE!