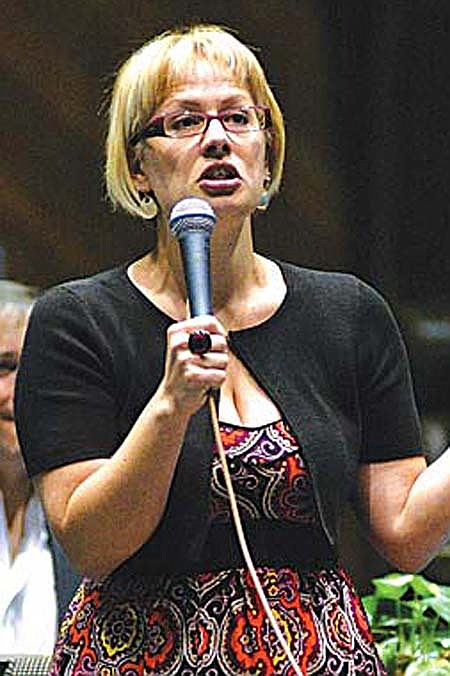 Rep. Krysten Sinema, D-Phoenix, explains Tuesday why she is voting against legislation to permanently repeal the state property tax. Sinema said the $250 million that would be raised if the levy is allowed to return will be needed, not just this year but for several years to come.
Capitol Media Services photo by Howard Fischer

Ignoring a possible veto, the state House voted 32-15 Tuesday to permanently repeal the state property tax and forego the $250 million it would bring in to help balance the budget.