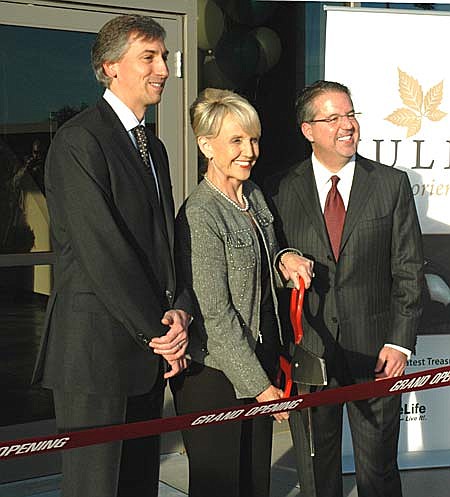 Gov. Jan Brewer on Tuesday participated in a ceremonial ribbon cutting for the new headquarters of a nutritional supplement company. Brewer wants a special legislative session Thursday on the budget but said she was not intending to ask Democrats what they need to support her plan for a sales tax referral. (Capitol Media Services photo by Howard Fischer)

PHOENIX -- Gov. Jan Brewer ordered lawmakers back to the Capitol on Thursday to deal with the budget deficit even though she doesn't have the votes for her plan.