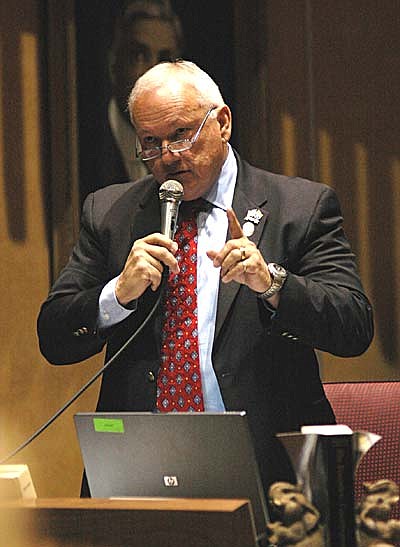 Sen. Russell Pearce, R-Mesa, defends legislation he crafted to give police a wider role in enforcing federal immigration law. Pearce said states have ``inherent authority' to enforce those laws and need to do so because the federal government has failed to secure the border. (Capitol Media Services photo by Howard Fischer)

PHOENIX -- The question of whether police will be required to ask people if they are in this country legally is now in the hands of Gov. Jan Brewer.