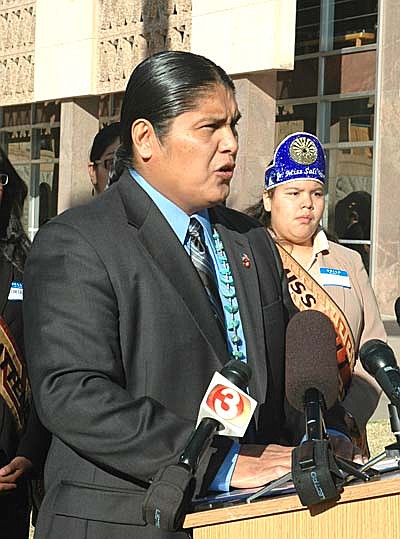 Rep. Chris Deschene, D-Window Rock, announces his bid Tuesday to become secretary of state. Descene said while he has been in the Legislature just one year he is qualified to become governor if the need arises, given this state's history of governors quitting or being ousted. (Capitol Media Services photo by Howard Fischer)

PHOENIX -- A one term legislator said Tuesday he has the experience to be the secretary of state -- and governor if need be.