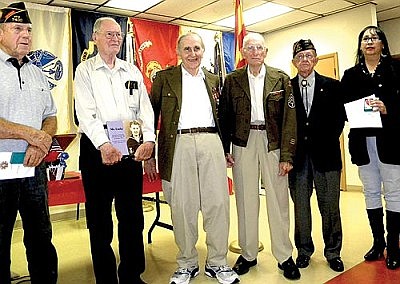 The Veterans of Foreign Wars Bert Black Post 7400 held a public ceremony Monday to recognize and honor U.S. military veterans engaged in the battle for Manila and the Philippine Liberation in 1945.