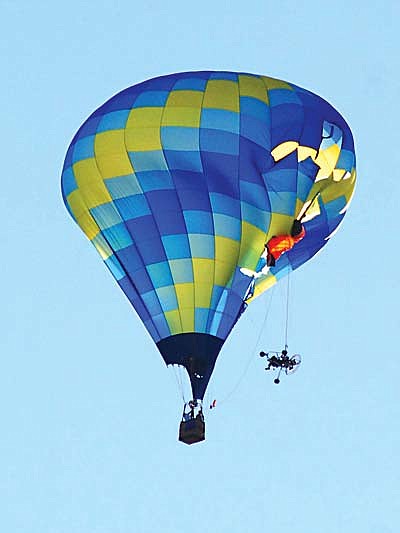 Cottonwood Police have sent to the Yavapai County Attorney a recommended charge of "Endangerment" against 65-year-old Kenneth Ritchie of Cornville, was also among the most seriously injured in the hard landing of the two entangled aircraft. He was originally reported to have head injuries and a broken back. VVN/Jon Pelletier